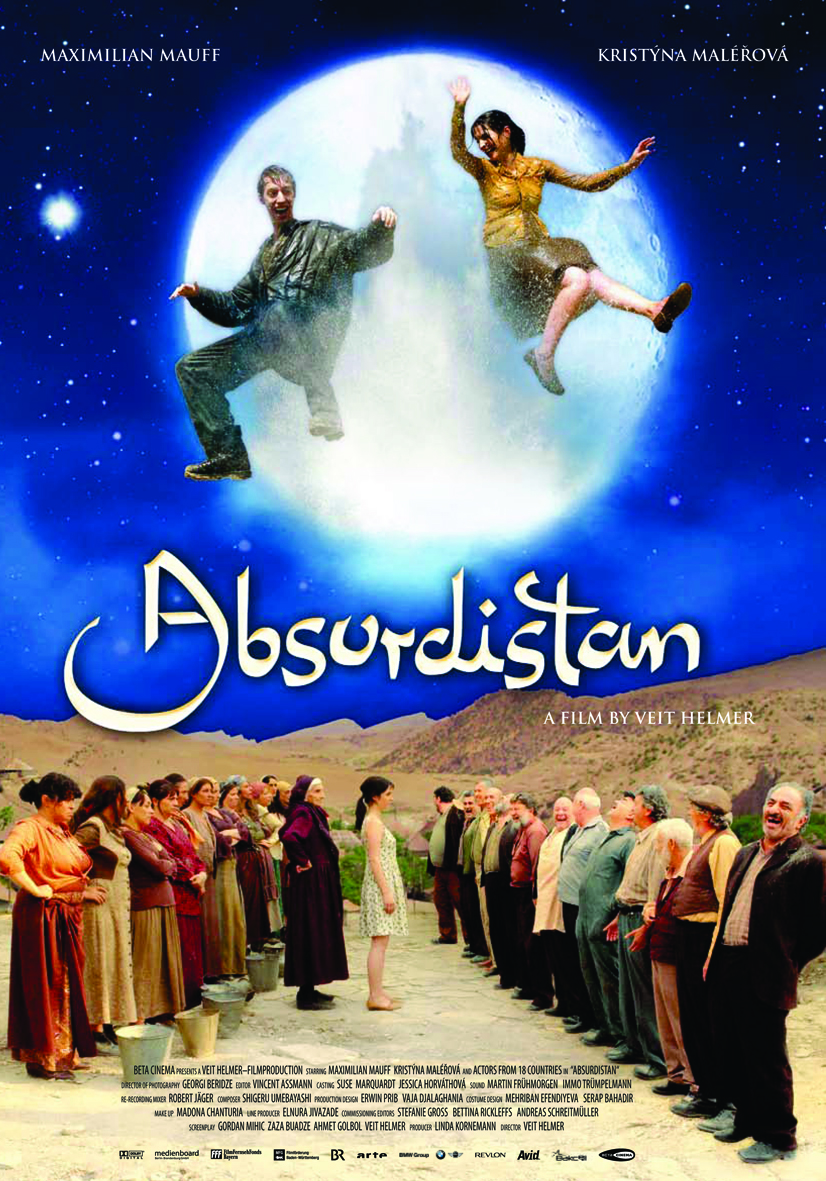 Somewhere between Europe and Asia lies the godforsaken desert village of Absurdistan. The settlement is home to some fourteen families. Absurdistan’s biggest problem is the constant lack of water. The biggest problem of its women are their men who won’t lift a finger to solve this. Aya and Temelko have been friends since birth. Now they’re old enough for something else. Unfortunately, Aya’s grandmother thinks it’s still four years too soon for a marriage and, of top of that, requests that the young couple first take a bath together. Aya demands that if Temelko wants to get into her panties, he’ll have to solve the water problem. Soon, all the other women join Aya in her cause. “No water, no sex”, becomes the battle cry of an insane war between the sexes that will split Absurdistan in two. Absurdistan is a romantic and surreal comedy that effortlessly fuses poetry with magic. Just like in his previous films, Tuvalu ( BIFFF 2000 ) and Gate to Heaven ( 2003 ), German iconoclast Veit Helmer creates a unique world filled with crazy humour, outrageous ideas and numerous references to film history. Absurdistan, filmed on location in Northwest Azerbaijan and with a cast originating from all over Europe and Central Asia, is a visually innovating and imaginative burlesque modern fairy tale with a warm and timeless message.