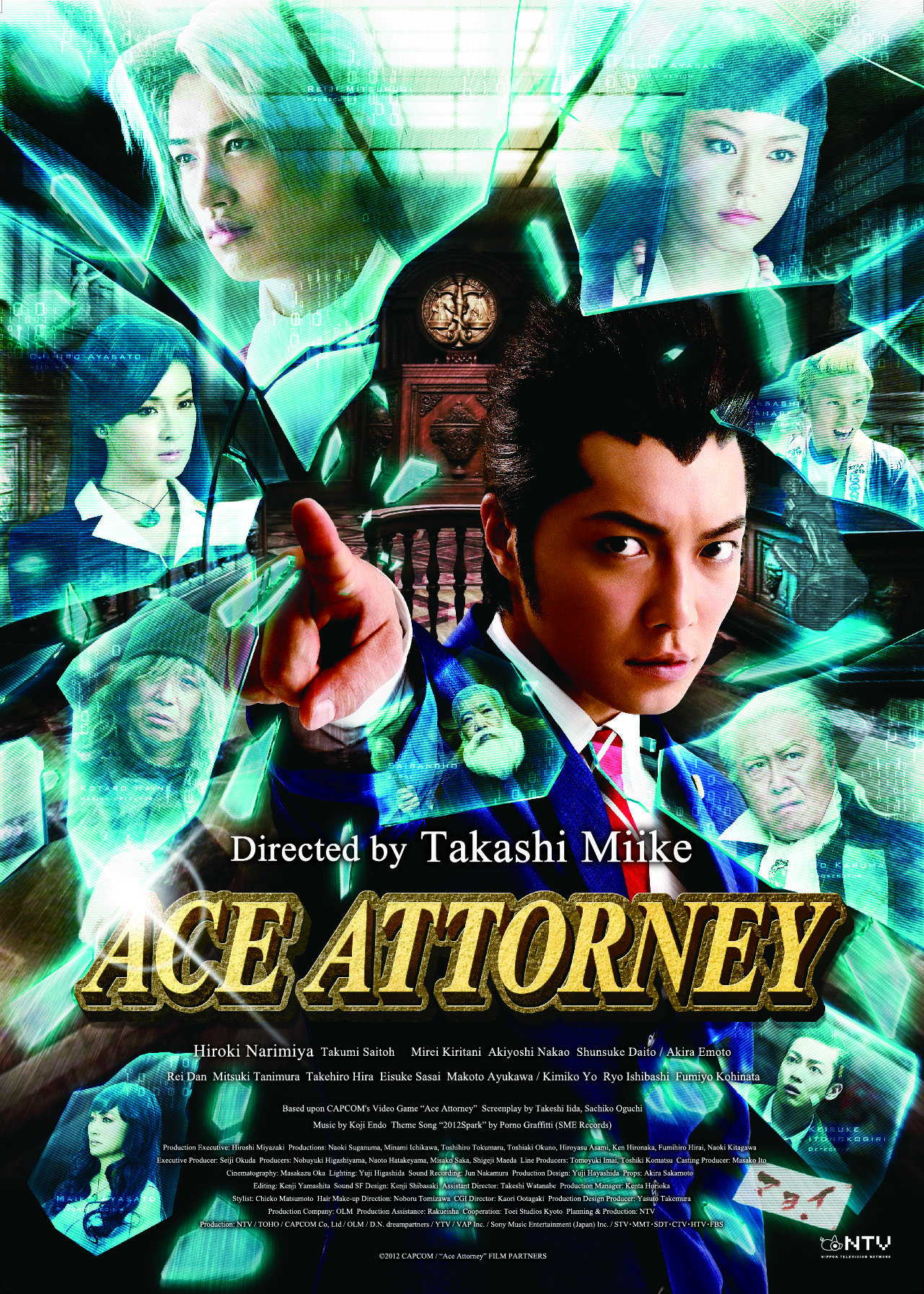 In the near future, crime has completely gotten out of control and the criminal courts are no longer able to cope. The authorities resort to drastic measures and introduce a radical new form of swift justice. The prosecutor and the defense only get three days to win their case in trials that are staged like duels in front of an enthusiastic audience. Young lawyer Phoenix Wright has barely won his first case – acquittal for his childhood Larry Butz – when he already has to play in the big league. Mia, his boss and mentor, is murdered and her younger sister Maya is accused of the crime. His opponent, the public prosecutor, is none other that his other childhood Miles Edgeworth. Miles became a lawyer after witnessing the murder of his father as a child. Phoenix discovers that the deaths of Mia and Miles’ father are related. With this big budget adaptation of the popular Nintendo game, the versatile and hyper productive maverick Takashi Miike ( The Audition, Ichi The Killer, 13 Assassins ) resolutely targets the mainstream audience. He has succeeded in delivering a film that will satisfy the numerous fans of the game as well as those who have never heard of Phoenix Wright. Miike manages to balance a big and complicated story filled with countless plot developments and stuffs his movie with visual gags and improbable machinery. And we haven’t even talked about the hairstyles, which are just like in the game ! Despite its 135 minutes, Ace Attorney thunders by at breakneck speed. A cool, exciting and highly entertaining viewing experience.