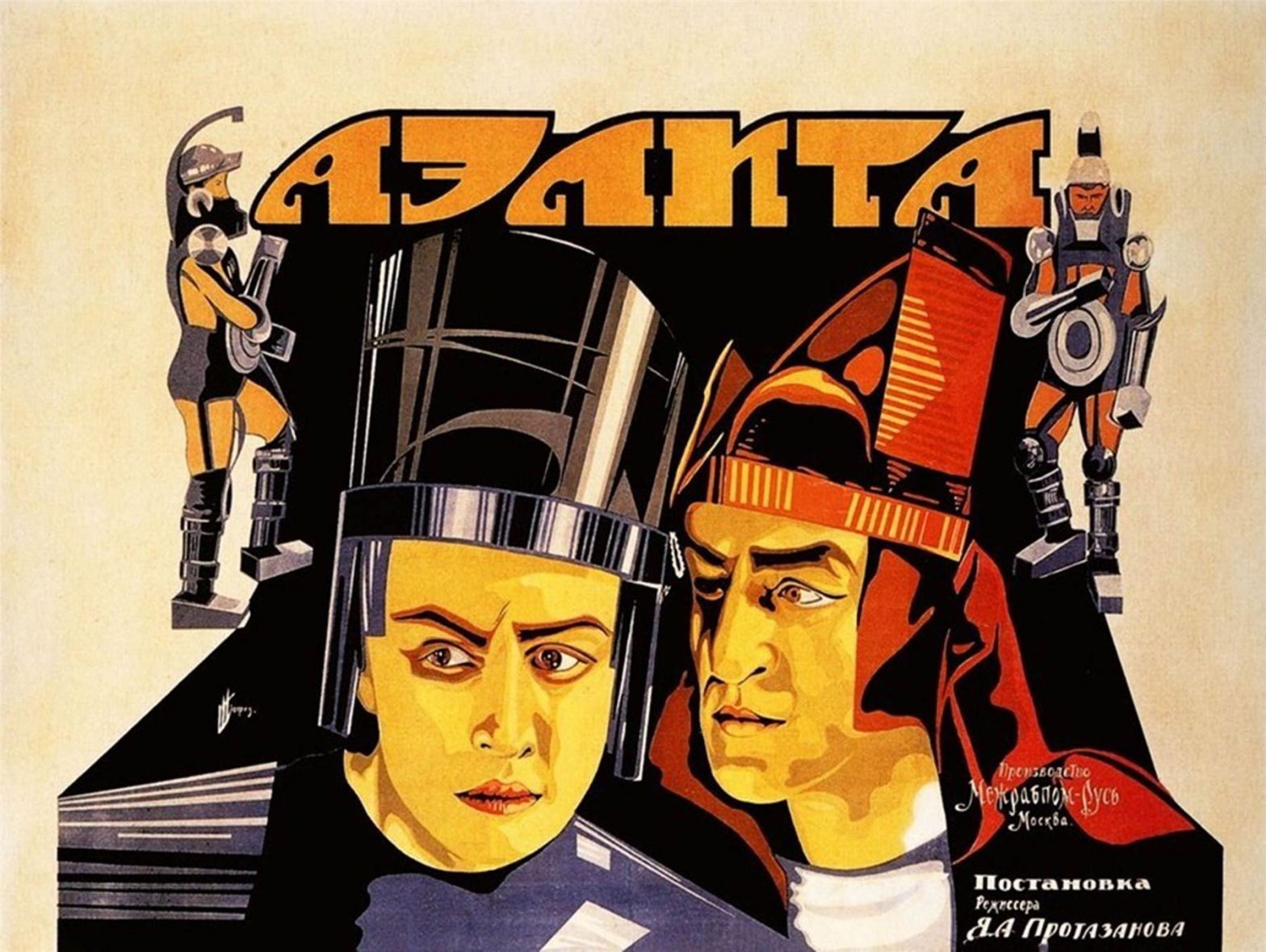 The exceptional beauty of Yuliya Solntseva (Queen Aelita) was one of the key factors for the success of the film. Many newborn babies got the name Aelita as a result of that.

It is not strange to say that the first real science fiction movie was a Sovjet one. Aelita by Yakov Protazanov was made in 1924 when the Oktober revolution solidified and the Sovjet state became a stable entity. The dream of a worldwide revolution, an expansion of the Sovjet ideology far beyond their own borders, is still very much alive in the film where a sovjet engineer goes to Mars and organises a revolution there. On Mars, the engineer becomes infatuated by Aelita…