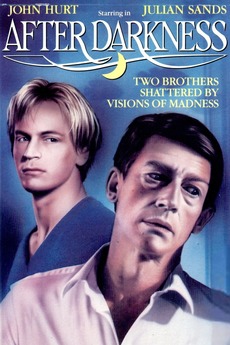 After a traumatic experience in his childhood, a man suffers from a severe form of schizophrenia. His older brother, a married professor guilty of this existing trauma removes his brother from medical care, convinced that the chemotherapy is completely useless in his case. He leaves his family and decides to live together with this lunatic. He is certain that he can overcome his brothers’ disease with his love and compassion.

A script that can charm any moviestar was the outset for two young directors to gather an impressive cast: John Hurt (The Elephant Man, 1984, The Hit) who signed on first, Julian Sands (The Doctor and The Devils) who followed almost immediately after and Victoria Abril (La Lune dans le Caniveau) who supplied the production with an international tinge.