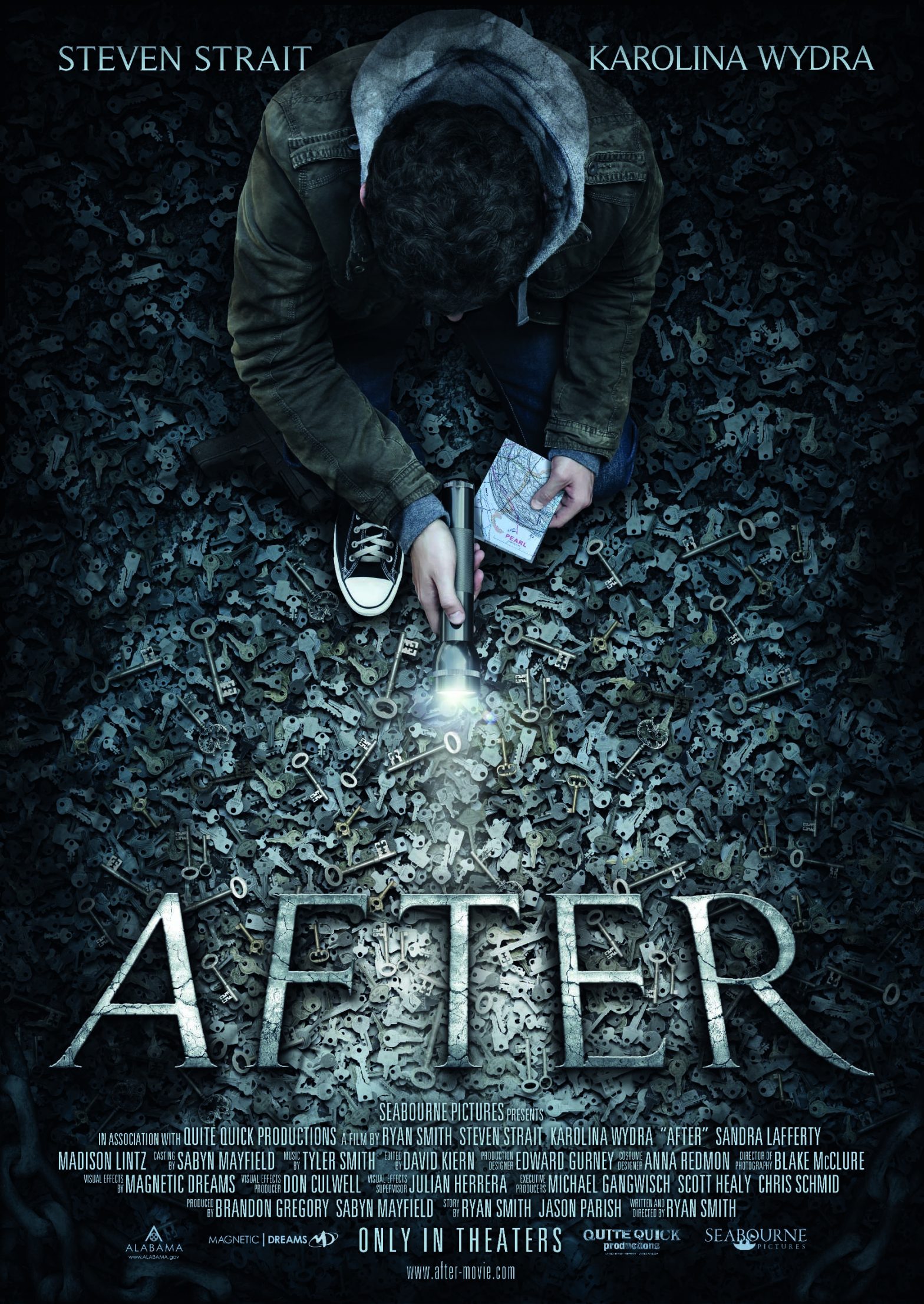 On her way back to her hometown, Ana – a young Jessica Biel-lookalike nurse – thought that her bus journey would be quiet and nice. There’s only one other passenger, a comic book artist named Freddy, but the dude keeps on chatting her up. And just before Ana gives him the brush off, their bus is involved in a devastating crash. When Ana wakes up in her bed, she immediately thinks of a good old fashioned nightmare… But the little hairy Potter thing under her arms would rather mean that she has been asleep for months. When she crosses paths once again with Freddy, they quickly discover that they are the only people left in their small town… And this mysterious wall of dark fog encircling the place won’t help them feeling better. Especially when they meet a ravenous creature hiding in the moving cloud and determined to rip off some flesh and blood… After, the first long feature film written and directed by Ryan Smith, has undoubtedly some Lovecraftian horror roots mixed with Stephen King’s early writings. A parallel universe, monstrous creatures… this depopulated Twilight Zone meets Silent Hill, unfolds its mystery with a crispy twist ! Not to mention the outstanding performances of Karolina Wydra ( Dr House’s mysterious wife ! ) and Steven Strait who started his career with our Guest of Honor 2011 : Renny Harlin !