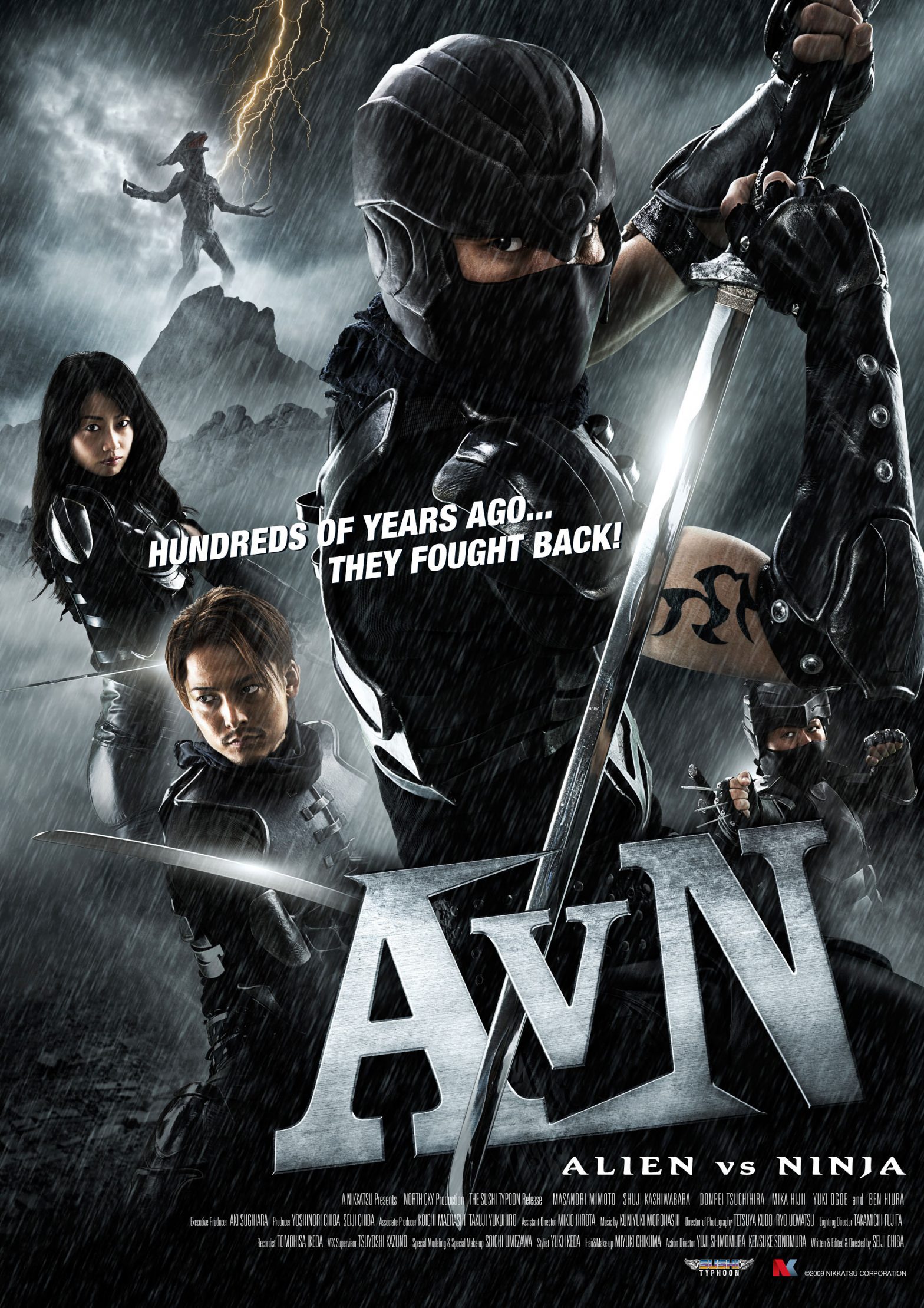 Calm down, everybody ! Would you kindly read this little presentation before rushing like madmen to Tour & Taxis. One thing is obvious, if you want to know what this movie is about, you just have to look at the title. Yamata, Jinnai, Nezumi and a few other ninjas who won’t survive long enough to deserve a name, are tracking down a mysterious fireball that landed in the woods. And guess what was inside the rock from outer space ? Aliens, of course ! On the menu of this interstellar sushi and sashimi plate : gut-wrenching tentacles, alien meat cutting ninja blades, green blood fountains and a continuous shower of severed limbs. In brief ; the very latest in close encounters of the bloody kind. Get ready for some new craziness coming straight from the Sushi Typhoon / Nikkatsu production company ( also guilty for Helldriver and Karate Robo Zaborgar ). AVN is a hilarious and jubilant little nightmare on film. This unclassifiable gem is somewhere halfway between thrash therapy for its writer and director, Seiji Chiba, and a haemoglobin infused joke that wildly embraces its wacky concept. So, just sit down and keep an eye on the score, OK ?