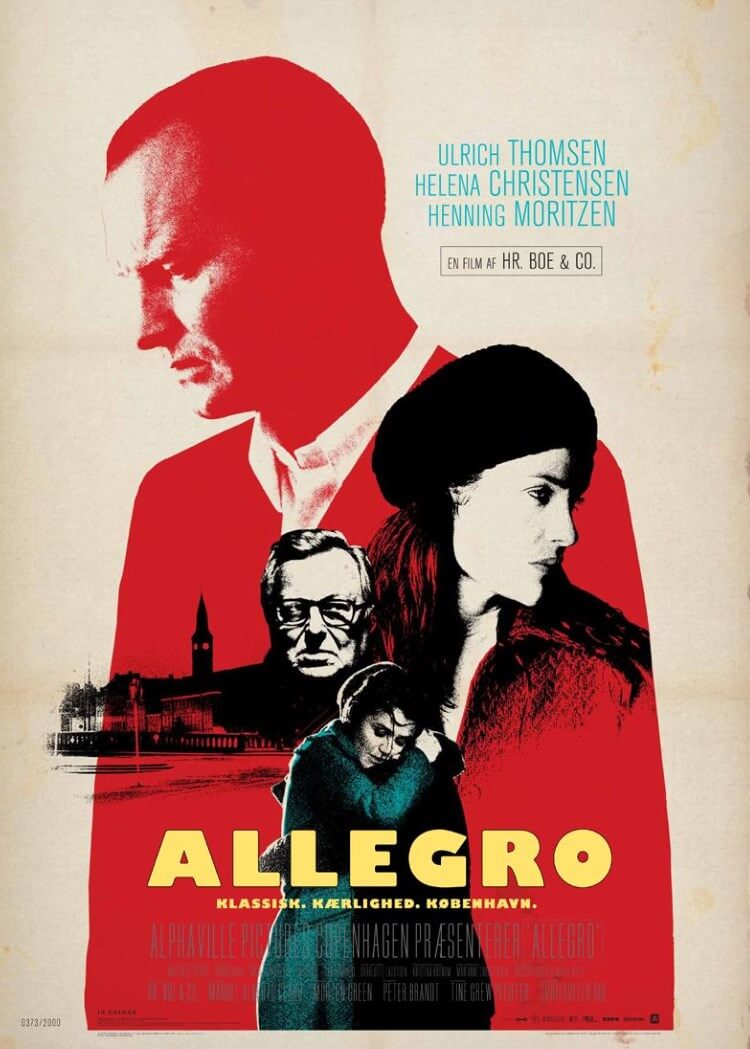 Zetterstrom, a perfectionist from an early age, has dedicated his entire life to his career as a pianist. As he is about to enjoy fame and glory, he meets Andrea. They fall in love and happiness ensues. Then, one night, she disappears. Frustrated, he decides to forget his past and becomes an eccentric artist, famed for his perfect, but soulless art. After many years, when he returns from New York to his native Copenhagen, he is contacted by a messenger, who tells him that his past has been captured and kept prisoner in an area of Copenhagen known as the Zone, a place which has been taken over by mysterious forces. Intrigued, he ventures into the zone, where he encounters Tom, an enigmatic man in a wheelchair. Through him, the process of reconstructing Zetterstrom’s past begins. Danish director Christoffer Boe returns to the themes that he explored in his 2003 Cannes Camera d’Or winner Reconstruction. Allegro is a stylish and fascinating exercise about remembrance and forgetting, related in atmosphere to Tarkovsky’s Stalker and Godard’s Alphaville. The film enjoys a spectacular use of the camera, clever animation sequences, a distinct sense of irony and a splendid soundtrack. Ulrich Thomsen (Festen, Brothers, Adam’s Apples) plays the bemused and egocentric Zetterstrom. Supermodel Helena Christensen makes her acting debut as Andrea and Henning Moritzen (Festen, Strings) is Tom.