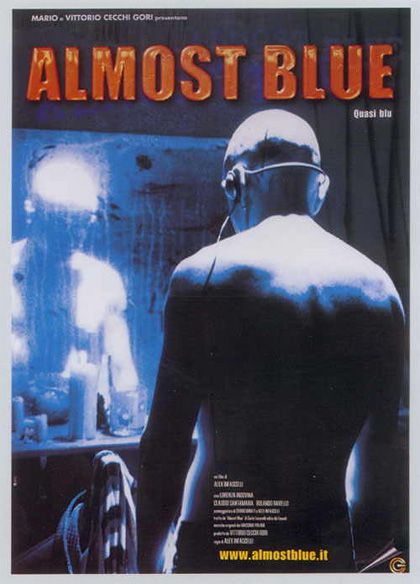 Simone is a young blind man, who lives in Bologna. He has fitted out his attic into a refuge in which he can “see” everything. Simone is a computer genius who scans sounds, conversations and music; anything that will help him to soothe his uncontrollable need “to spy”. Another citizen of Bologna also spends his time spying on people, but with lethal intentions. He contacts young people and, once he’s eliminated the original, takes on the identity of his victim and becomes a perfect copy. Grazia Negro, a young inspector, arrives from Rome to investigate the murders. She soon realizes that the only person who can help her is Simone, who can recognize the killer by the only characteristic he cannot change : his voice.

Almost Blue, the long feature debut of Italian director Alex Infascelli is an exciting thriller with a breathtaking ending. He started his career in 1990 as an assistant director on video clips for Kiss, Nirvana and Prince and has realized many clips for artists like The Cocteau Twins.  In 1995, Infascelli was one of 10 young Italian talents behind the compilation film DeGenerazione. The year after he collaborated with 13 other directors on “Exercises de style”, a sketch film inspired by the works of Raymond Queneau. For Almost Blue, he could count on the performances of Lorenza Indovina (La Scorta, La Tregua) as Grazia, Claudio Santamaria (La Stanza del Figlio) as Simone and Rolando Ravello (La Cena) as the killer.