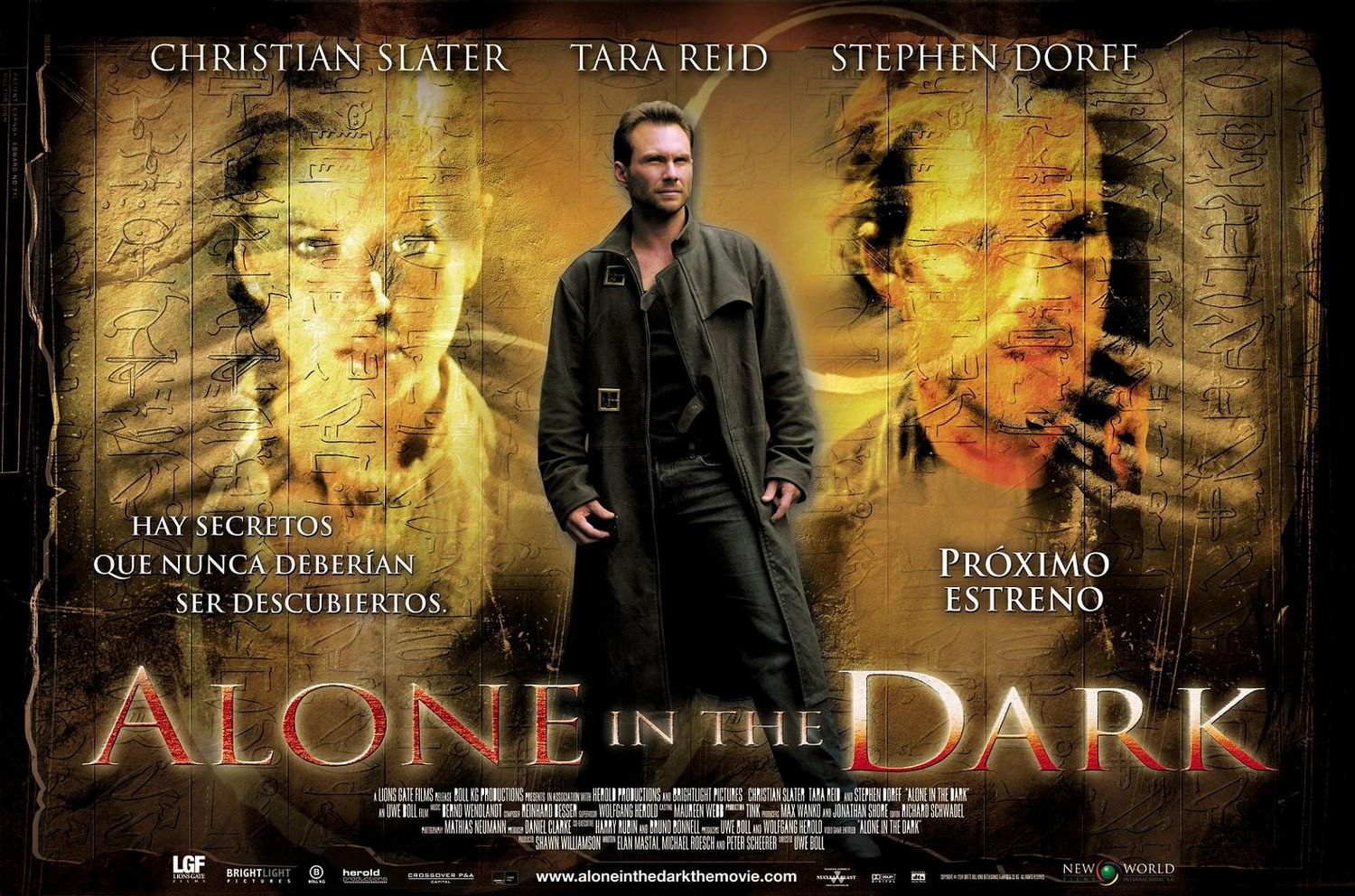 ALONE IN THE DARK

Edward Carnby is a paranormal investigator. When the irrational and the inexplicable become undeniable, he may be the only one who can save your life. Now the greatest mystery of Edward’s past is about to become the most dangerous case he has ever faced. Nineteen people have disappeared and they only have one thing in common. They all grew up in the same orphanage as Edward. Looking for answers, Edward learns that an ancient artefact of considerable power has been discovered in a long-lost shipwreck. Amidst mounting danger, he turns to Aline Cedrac, a brilliant anthropologist who’s also his ex-flame and the only person he can trust. Edward and Aline must confront a supernatural enemy unlike everything they’ve ever seen before; an enemy whose very existence could threaten all of humankind. After having brought the popular videogame House of the Dead to the big screen, German director Uwe Boll (Sanctimony, Blackwoods) was the right person to adapt another best-selling game into a 3-dimensional viewing experience. Alone in the Dark is great entertainment, with lots of action, outstanding special effects, a good story, Christian Slater (True Romance, Interview With The Vampire, Broken Arrow) as Edward Carnby, Tara Reid (American Pie, Wicked Prayer) as Aline Cedrac and some really scary monsters.