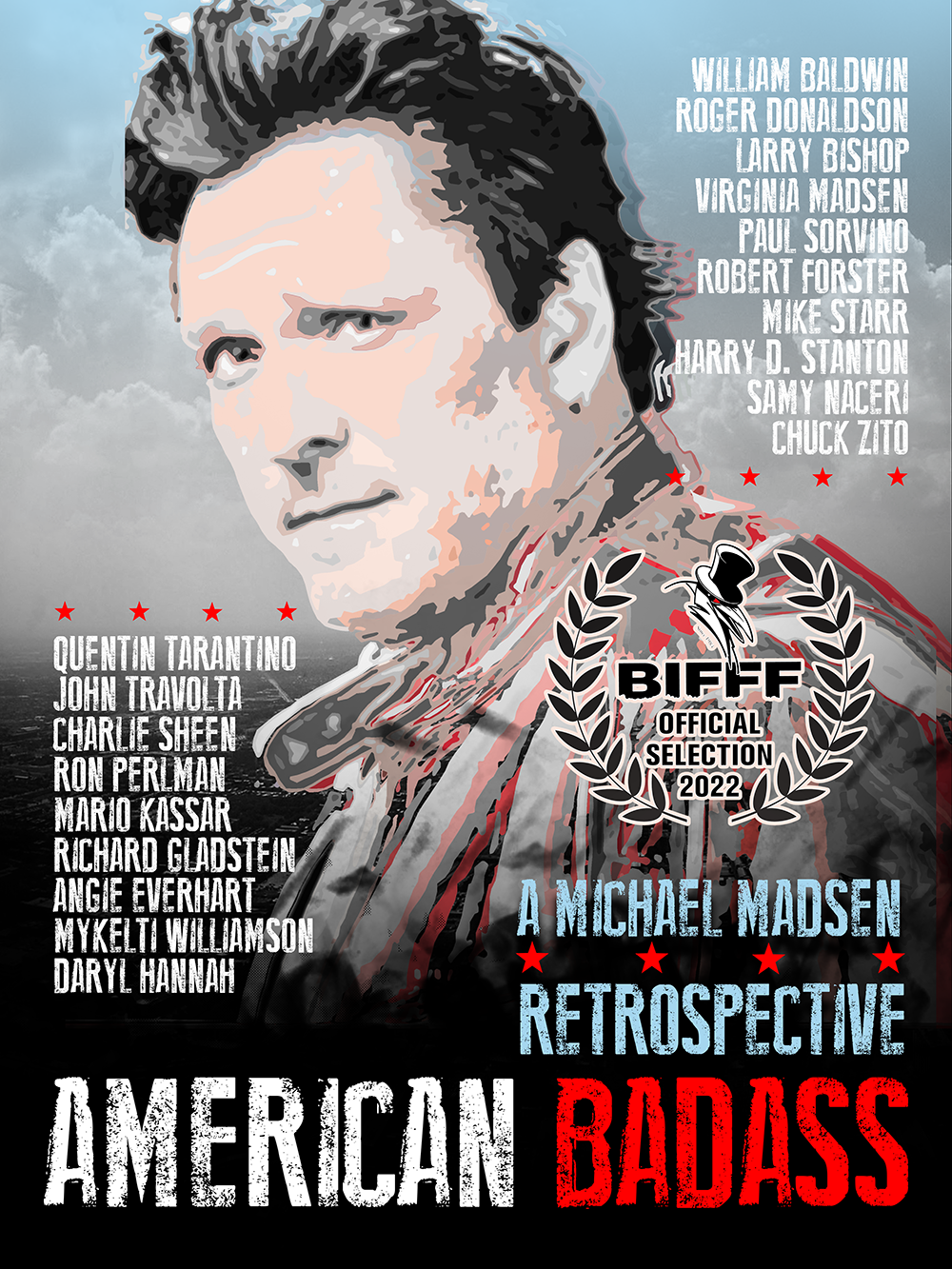 His ear-cutting skills are second only to Vincent Van Gogh… Ladies and gents: Michael Madsen! The man who proved putting on some quirky dance moves doesn’t make you any less of a vicious killer, has had a career spanning 3 decades and over 400 films… How that is even possible, we don’t know, but he’s Michael Madsen for crying out loud, the ultimate American tough guy with even bigger cojones than Chuck Norris! But underneath that cowboy hat toting, motorcycle riding, rugged exterior lies the sensitive soul of a poet. A duality that goes back to his childhood years, torn between an authoritarian dad who valued discipline and manly self-control, and a flower-power mom who protested against the war in Vietnam and opened up Michael’s world to art and especially poetry. A duality he gleefully brings to his roles, whether for Tarantino (RESERVOIR DOGS, KILL BILL, THE HATEFUL EIGHT) or other directors, more often than not portraying old-fashioned, tough-as-nails characters with an unsuspected sensitive depth. AMERICAN BADASS delves deep into the soul of Michael Madsen, with a little help from his friends (Quentin Tarantino, John Travolta, Ron Perlman, Charlie Sheen, Daryl Hannah among others), his family and of course el hombre himself!