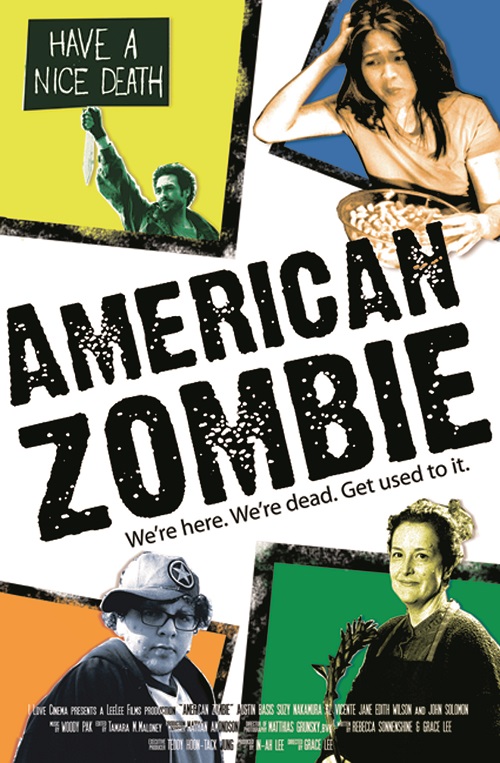 Film makers Grace Lee and John Solomon team up to shoot a documentary about highfunctioning zombies living in Los Angeles and their struggles to gain acceptance in human society. Despite their wildly different working styles, the two manage to chronicle the hopes and dreams of four fascinating subjects. Ivan is a convenience-store clerk who longs for a career in publishing. Lisa is a florist trying to recover her lost memories. Judy is a hopeless romantic who learns to accept her true nature and Joel is a committed political activist striving for zombie rights. As Grace wants to get to know the zombies, John is eager to uncover their darker side and obtains permission to shoot at a three day, zombies only festival called Live Dead. What transpires there is beyond everything they could imagine, as they are forced to evaluate their ideas about tolerance, identity politics and the future of the human race. American Zombie unravels and expands into the realm of personal documentary and horror, providing a fresh take on the zombie movie. The undead we meet are pretty ordinary folks, albeit troubled by maggots and rotting patches of skin. They work low-wage jobs and face all kinds of discrimination. Lee and Solomon make fun of themselves, the pretensions of cinema verité and the stupidity of investigative documentaries. American Zombie successfully manages to blurs the line between fiction and reality, working both as a media satire and as a creepy horror flick.