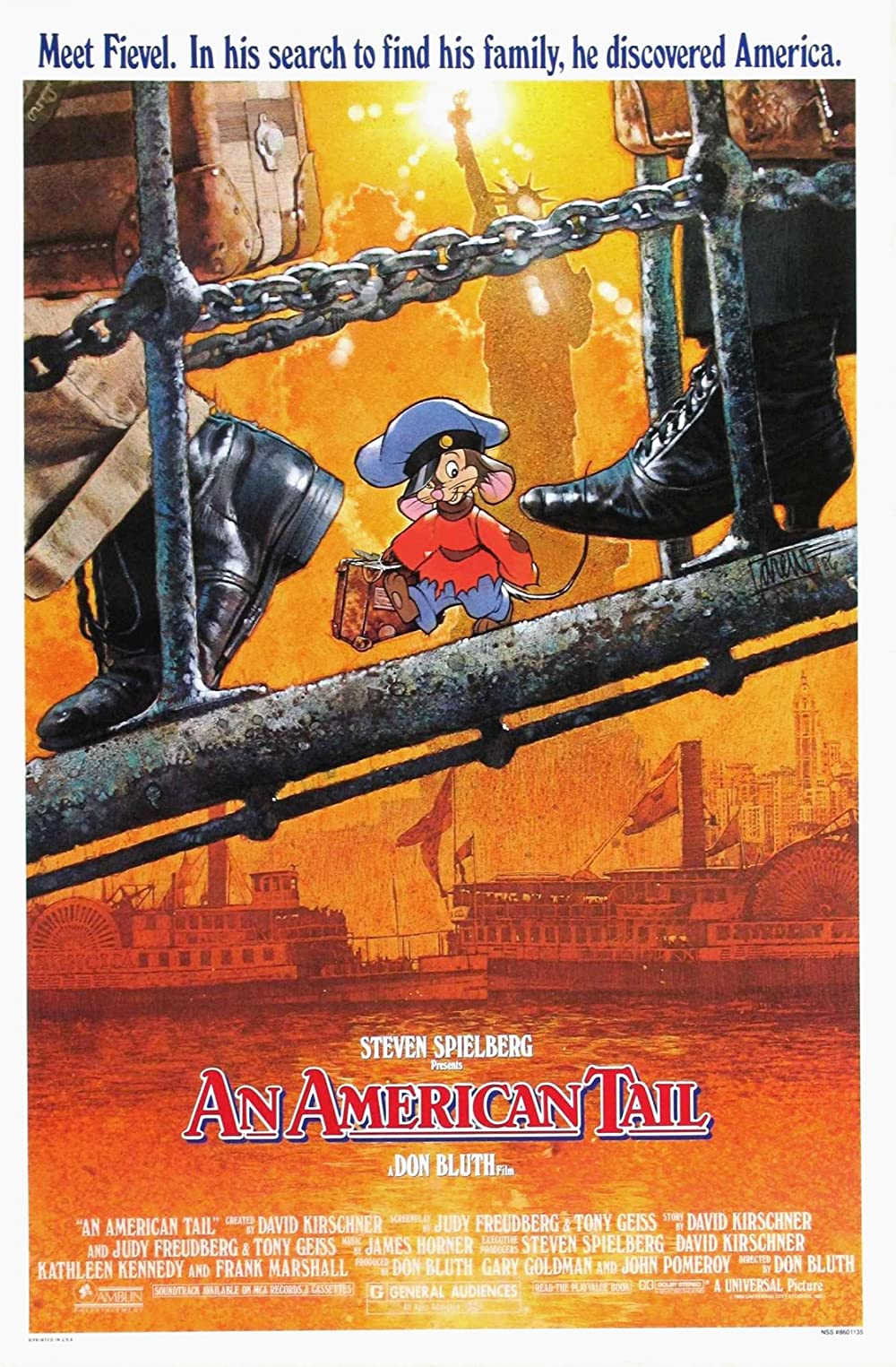 In 1885, in the middle of Tsarist Russia, the house of a mouse household is destroyed by a group of nefarious cats. To run away from these persecutions, the young mouse Fievel and his family flee to the United States where, in their heads, “there are no cats” and “streets are paved with cheese”.
“An American Tail” is the first animated movie directed by Spielberg and second movie by Don Bluth, after “The Secret of NIMH”. Fievel Monsekewitz and his family are newcomers in the world of animated movies, just like their voice actors (including Don De Luise and Christopher Plummer). They received a positive response from the American press: “Mr. Bluth has rediscovered the beauties to be found in the so-called old-fashioned animation techniques used by Walt Disney in [his] classics.” (New York Times), “a poignant and cheerful story” (Movieline) etc.