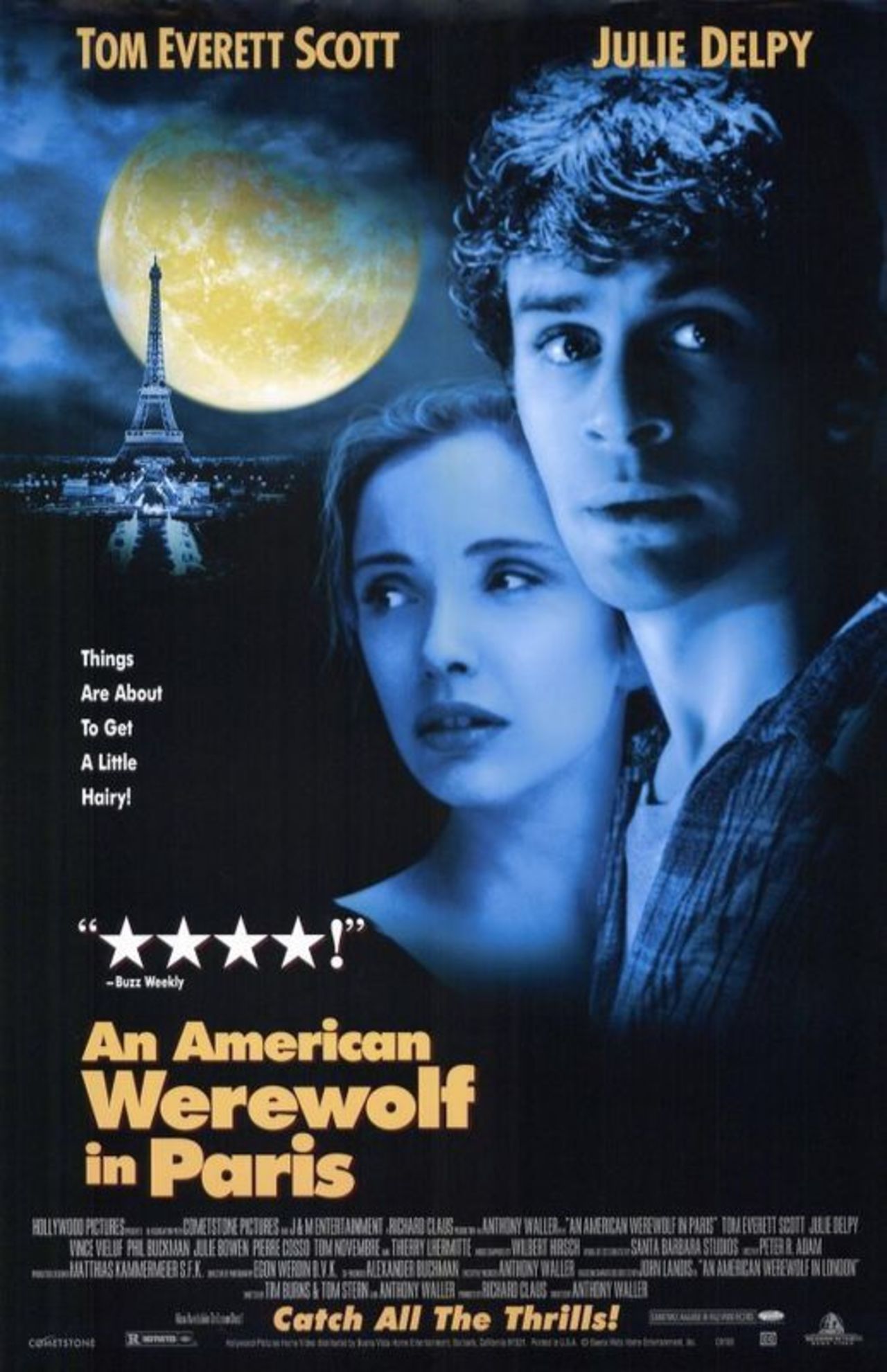 AN AMERICAN WEREWOLF IN PARIS

In Europe on a “daredevil tour”, young American Andy ascends the Eiffel Tower one night with his friends Chris and Brad. Just before Andy makes a bungee jump from the top, a young woman named Sérafine attempts suicide from the same spot. Andy jumps after her and saves her life. Later, Andy tracks Sérafine down and badgers her into going on a date with him, but she warns him to stay away. Claude, a mysterious friend of Sérafine’s, offers the tree Americans free tickets to a club event. They go to the club. Then Chris returns to Sérafine’s house looking for her. When he tells her the others are at the club, she gets him to free her from a cage she’s locked inside of. At the club, Claude and his henchmen transform into werewolves, slaughtering the guests.
In 1981, An American Werewolf in London (by John Landis) and The Howling (by Joe Dante) both took advantage of new special-effects technology. Using a canny mixture of horror, sly comedy and genuine emotional content, each revived the apparently played-out werewolf movie sub-genre. It’s taken 16 years for a sequel to John Landis’ hit. Anthony Waller (whose debut Mute Witness was also about horrors afflicting Americans abroad) reuses some of the new “rules” of lycanthropy Landis laid down, but also changed some basic werewolf ground rules. Tom Everett Scott (That Thing You Do) stars as Andy and Julie Delpy plays his girlfriend Sérafine.