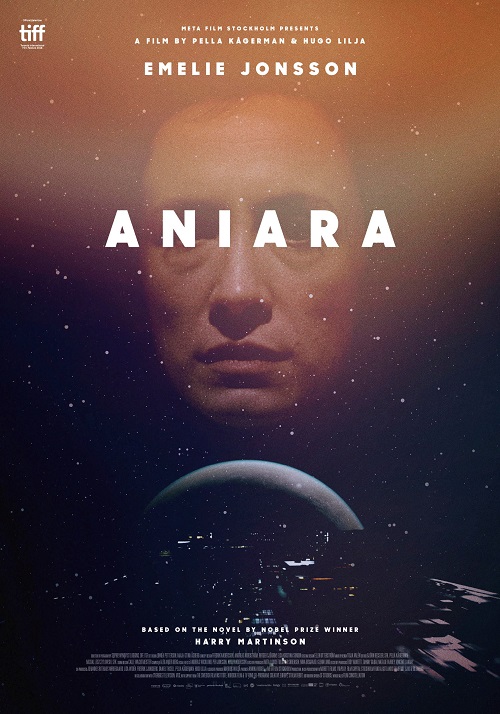 The opening credits roll over the screen as end credits: the end of the earth has come. A shuttle ascends to Aniara, packed with survivors. In three weeks, Aniara will bring them to Mars, the new Promised Land. Aside from a mall, restaurants, and a pool, it contains Mima: an AI that transforms the negative thoughts of the travelers in peaceful memories of Planet Earth. First royally ignored, it quickly becomes a popular attraction when Aniara has to deviate from its course and loses its fuel tank. An endless hovering through space begins… MR, the redheaded and cheerful woman who takes care of the AI, warns the captain that it can’t continue because of an overflow of negative energy but he haughtily ignores her. Thus, the “opium for the people” comes to an end and the voyagers have to find other ways to overcome their existential dread… Finding inspiration in Harry Martinson’s epic poem of the same name, Pella Kagerman and Hugo Ilja bring a somber and apocalyptic portrait of an erring space shuttle. It’s kind of a modest HIGH RISE, but horizontal and without class struggle. A kind of populated 2001: A SPACE ODYSSEY, but with a wellintentioned AI. Leaving the blockbuster approach for a lost spaceship story aside, the directors choose an unpretentious angle, with MR and the daily existential dread as principal characters.