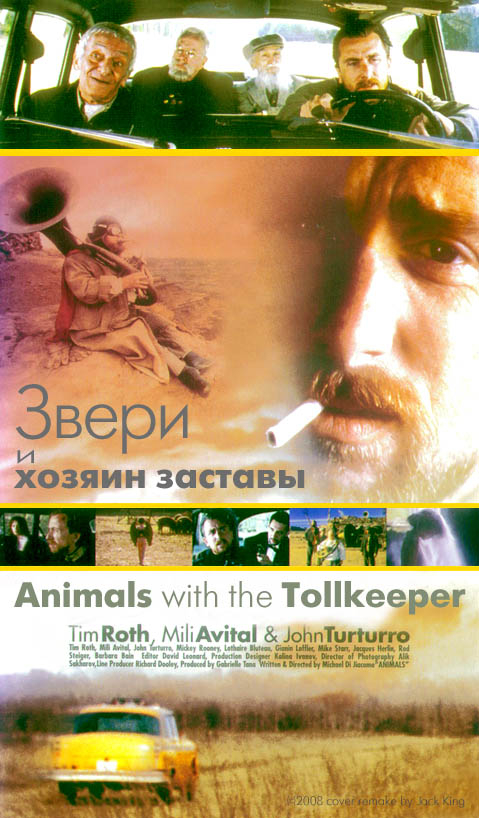 The last thing Henry needs at the end of a gruelling day driving his Manhattan yellow cab is to be held up by a sinister, well-dressed, smooth-talking mugger. But such is life. After that, he really could do without setting off on a wild goose chase with three crazy old Frenchmen who reveal they used to be documentary filmmakers specialising in strange and bizarre human stories. They seem to be more interested in thawing Henry’s tough exterior than getting to any particular destination. Henry begins to wonder if they are some kind of guardian angels. Slowly, through their irresistible humour and joie de vivre, they convince him to give up his humdrum life and try to find happiness before it’s to late. Henry leaves them and heads south, free for the first time in years. In a small town he crosses the path of Fatima, quite simply the most beautiful woman he has ever seen. He sets about courting her, aided and abetted by a cantankerous old pig farmer. But Fatima is not the uncomplicated beauty she seems. Henry has his work cut out to woo her and win her from the clutches of her dark and dominating mother. In the process, he discovers quite a few skeletons in the closet.
Animals, an intriguing tale of angels, demons and pigs, is the first long feature film of native New Yorker Michael di Jiacomo. He’s one of a new breed of writer-directors who combine a strong visual sensibility with a wholly American sense of humour. His short films have been awarded numerous prizes and earned him a place in the prestigious Writers/Directors fellowship at the Sundance Film Institute. For his long feature debut he managed to snatch up Tim Roth (Reservoir Dogs, Little Odessa, The Cook, the Thief, his Wife and Her Lover) as the quirky and intense New York cabbie Henry. He is captivated by the striking beauty and mystery of Fatima, played by Israeli actress Mili Avital (Stargate, Dead Man, A Polish Wedding). Acclaimed actor-director John Turturro (Do the Right Thing, Quiz Show, Mac) is the sinister, well-dressed mugger and veteran Rod Steiger (On the Waterfront, In the Heat of the Night, Guilty as Charged) plays the grumpy old pig farmer.