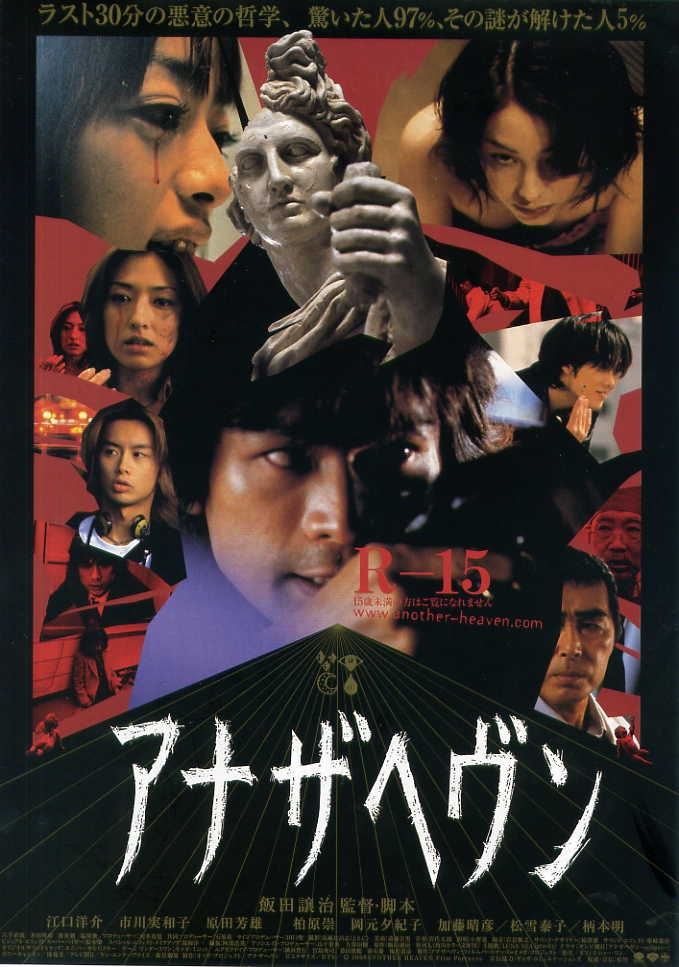 “A dead man lies facedown in the back room of a small flat. Police detectives are investigating the spot. Manabu Hayase, a 30-year old police sergeant, becomes aware of a stew being cooked, filling the room with its smell. The victim was killed with his neck broken and his brains taken out of his head. The investigators start looking around. They find a knife with a rugged blade, tumbled head bones and a trail of blood. Hayase quickly checks the contents of the stew pot. Commotion soon erupt at the murder scene. Later, at the police station, the coroner reports that, judging from the state of broken bones, the culprit must be a man who weighs more than 100 kg and has tremendous force. There were also traces that the victim had sexual intercourse before he was killed and a print of a small finger was found, considered to be that of a woman. The investigators are puzzled. Then, a second victim is found, also with his brains extracted and cooked. Hayase is to enter a horrible world that no one could ever imagine. Another Heaven is not only conceived as a movie, but also as a book and a television series. Director George Ida (Night Head, Spiral) and producer Shinya Kawai (Ring) wanted to show the real face of evil that lurks within the human psyche. They have created a suspense drama with the essence of a horror movie that will keep you glued to your seats.”