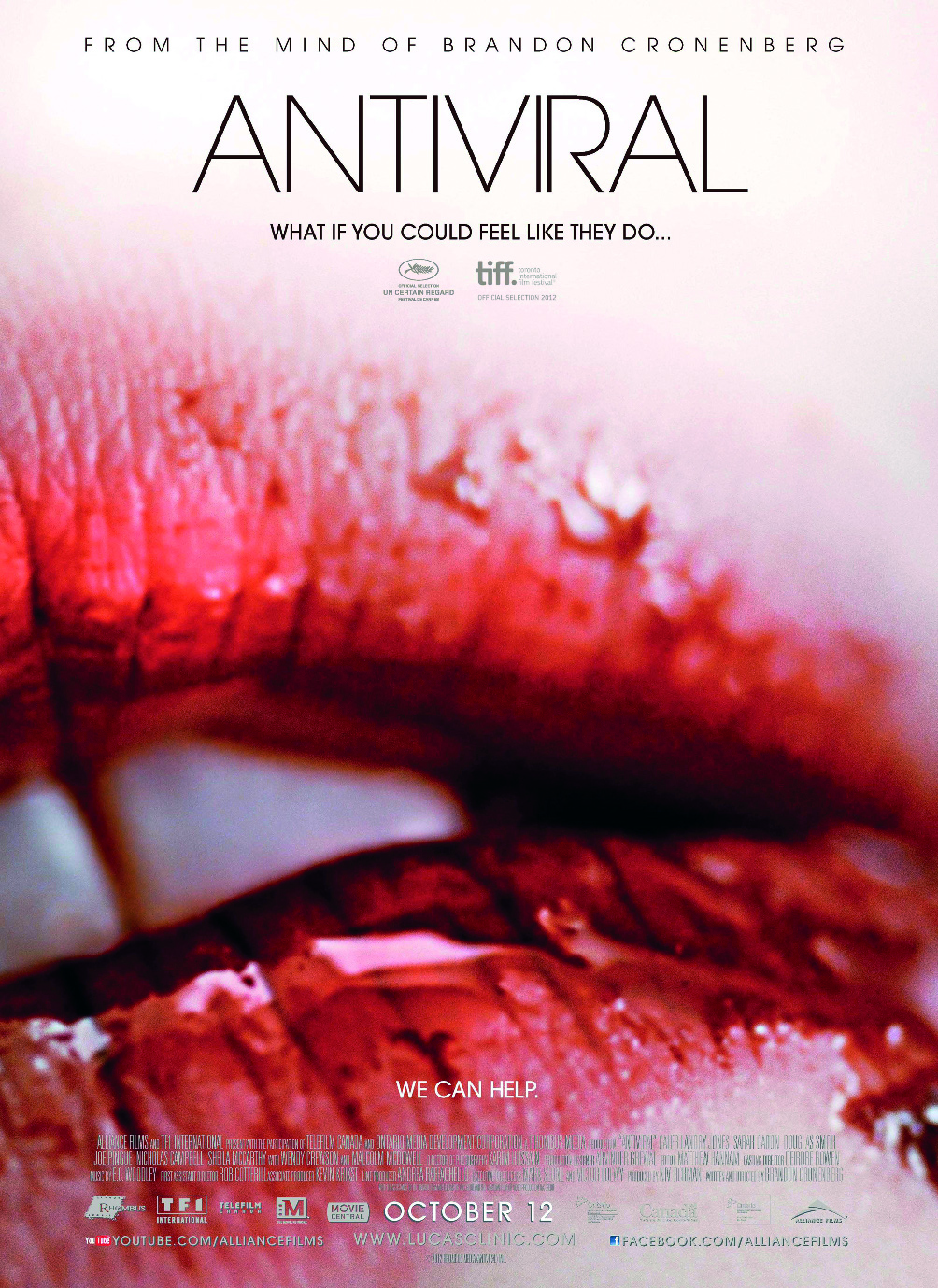 Syd March serves the public’s obsessive desire for real intimacy with their idols. He is an employee at a company that sells injections of live viruses harvested from sick celebrities to obsessed fans. The clinic buys any strain – the common cold to herpes simplex – from big-name celebrities to headline grabbing murderers. It is Syd’s job to inject these viruses into paying customers. Biological communion… for a price. But he also smuggles live viruses out of the clinic in his own body and sells the samples on the black market. But, self-infected illnesses have begun to take their toll. Constantly sick, Syd is losing his edge. When he becomes infected with the disease that kills super sensation Hannah Geist, Syd becomes a target for collectors and rabid fans. He must unravel the mystery surrounding her death before he suffers the same fate. During his first year as a film student, the 24-year-old Brandon Cronenberg developed a serious case of the flu. The illness proved to be the perfect Petri dish for the incubation of Antiviral. With the help of DOP Karim Hussain ( Hobo with a Shotgun ), young Cronenberg created a unique world and atmosphere for his first long feature film. And if the topics recall the early works of his father ( e.g. the biological drifting ), Antiviral is definitely the first step of a director that is stepping out of his father’s shadow.