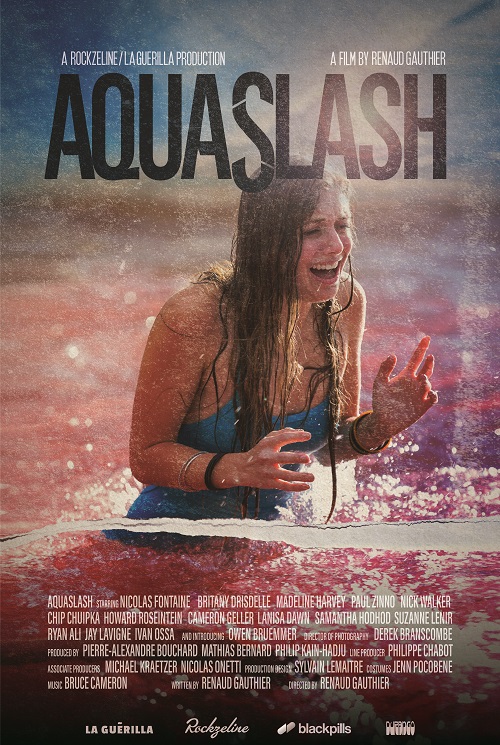 Ever heard of the urban legend of the razorblades that were installed in the waterslides of waterparks? Know that it’s a universal legend. Proof? Well, Renaud Gauthier – who already tanked a Troll or two while at the BIFFF 2014 for DISCOPATH – just made a film about it! His love for campy humor and summer camp horror flicks is all over this story of a bunch of horny teenagers celebrating the end of their exams at a waterpark. “Sex, drugs and waterslide” is the name of the game and they completely give in to lust, not knowing a sadist is lurking in the shadows… We’re in the wonderful land of exploitation cinema (especially “canuxploitation”, you can Google that), allergic to serious minds: it’s basically PORKY’S mixed with FRIDAY THE 13TH and the moronic characters that go with that. That’s all dandy but where Gauthier truly shines is in his expertly way of delaying the expected climax as long as possible. Yes, of course it will all end quite literally in a bloodbath, but he doesn’t let us dive right in, no! First we stick a toe in the water, we get used to the temperature, then a foot, a leg, an arm… to logically end up with a gleeful gore fest of feet, legs and arms all sliding down into the pool! Absolutely glorious!