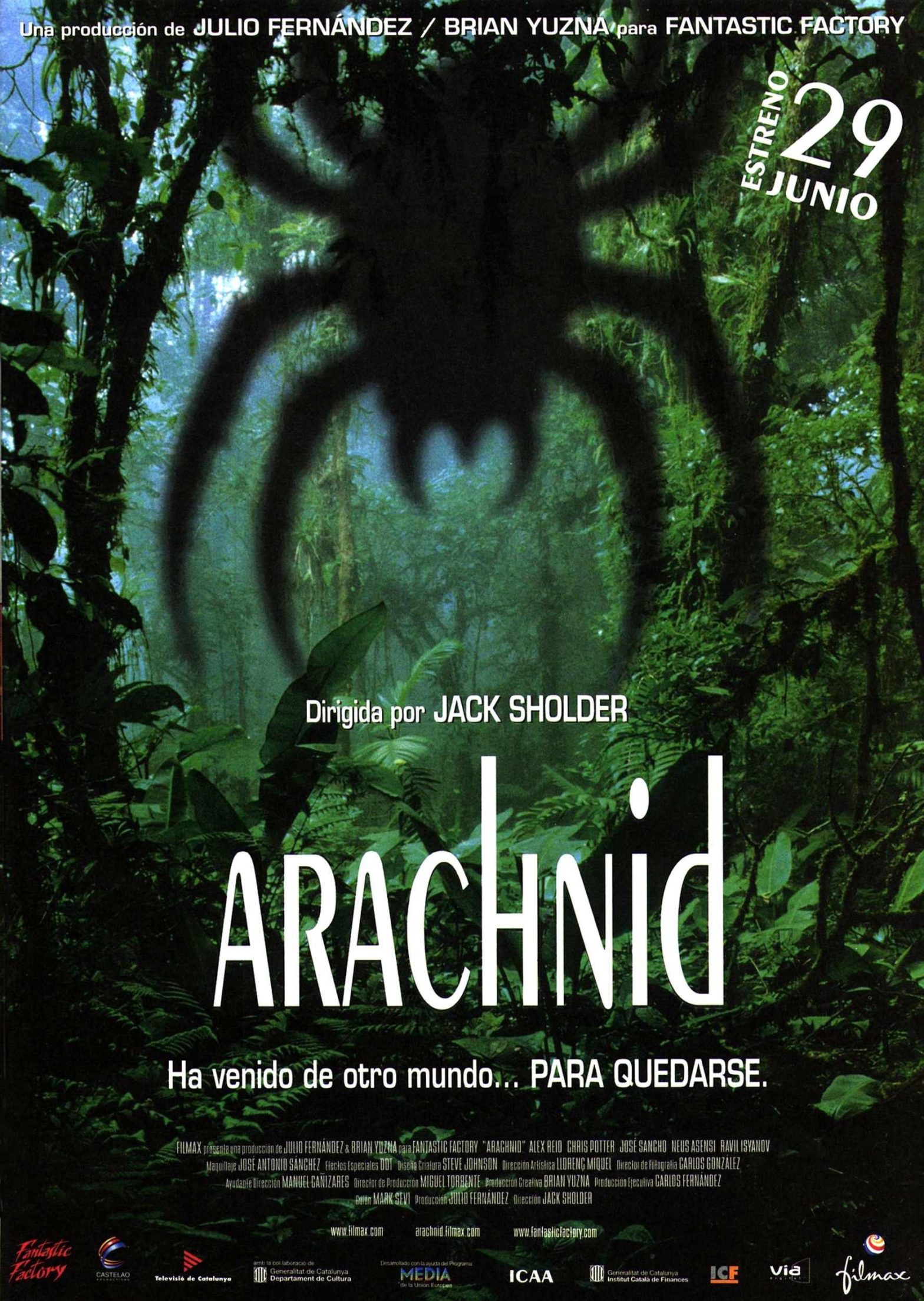 On a South Pacific Island, a secret expedition is searching for an unknown deadly virus. Could this virus become an alien invasion threatening the very existence of mankind ? Loren Mercer, ex-Navy pilot, is in the South Pacific looking for her ex-boyfriend, Captain John Lightfoot, who disappeared while on a secret mission. What Mercer isn’t aware of is that Lightfoot collided with an alien spacecraft that discharged biological material over the whole island that she’s heading for. Very soon, strange things start happening. The mortal virus seems to be transmitted by what the natives call a “very large” spider. As the scientific expedition makes its way to the other side of the island, it becomes obvious that it has turned into a tasty dish for the bloodthirsty giant spiders with a voracious killer instinct. They scramble to save their own lives. Arachnid is an original, funny and frightening film along the lines of Anaconda and Predator. It’s set in a haunting jungle and features lots of giant killer spiders. The movie is skilfully directed by genre ve-teran Jack Sholder, who realised films like The Hidden, A Nightmare on Elm Street 2, Wishmaster II and 12:01 (winner of our Pegasus 1994). The scary special effects were taken care off by SFX- legend Steve Johnson (The Fog, Videodrome, Return of the Living Dead 3, Species).