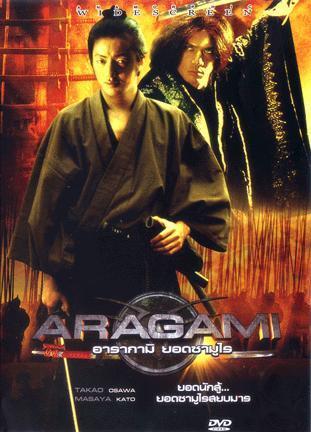 Ancient Japan. Fleeing from enemies, two wounded samurai arrive at a strange old temple in a remote location in the mountains. The doors to the place are opened by a beautiful and exotic woman, who beckons them inside. Unable to walk any further, they collapse from exhaustion. One of the samurai awakens to find himself miraculously healed. He meets his saviour, a mysterious man who tells him that his friend died from his wounds. The samurai is persuaded to stay the night. His host tells him the legend of the “Tengu”, a goblin which is said to reside in the mountains dining on the flesh of men. He goes on to reveal the true name of the Tengu : Aragami. When the samurai asks if Aragami poses a threat to the temple, his host answers : “I am Aragami”. The only way for the Samurai to leave the temple is to destroy Aragami.