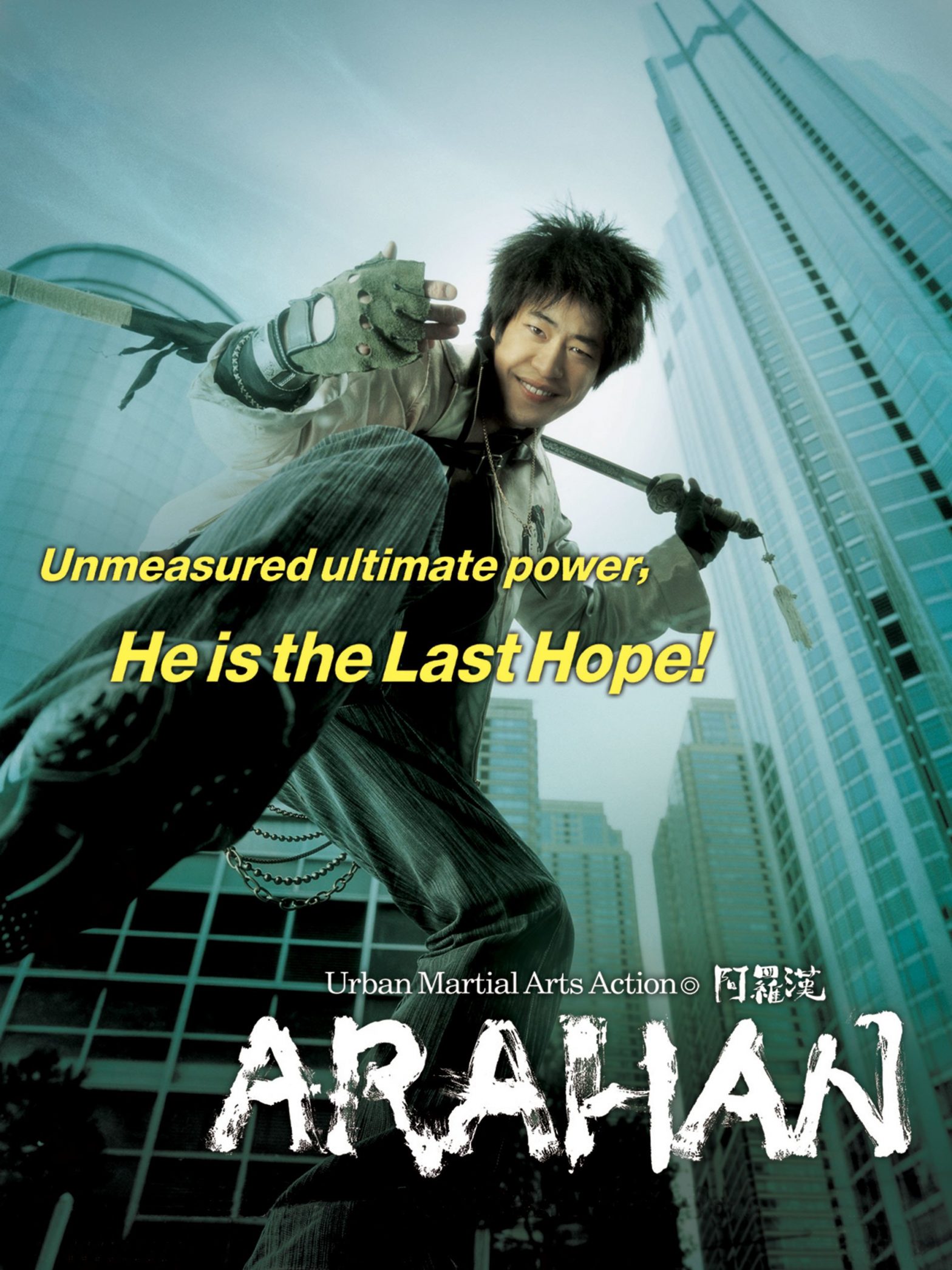 Sang Hwan is a bumbling cop who gets beaten up regularly by the local gangsters. One day, he finds himself on the wrong end of a showdown between a bag snatcher and a seemingly superhuman 7/11 clerk. Eui-jun, the gorgeous register jockey in question, has a subsonic palm thrust move that knocks Sang Hwan out flat. When he wakes up, he’s covered in thousands of acupuncture needles and surrounded by five doddering old people who keep talking about his incredible ch’i. This mystical force, when unlocked, can turn a normal human into a superhuman. They call themselves the Seven Masters and they’ve got a major crisis on their hands. Heung Un, the Mastern of Absolute Evil, has freed himself from the prison in which the Seven Masters had sealed him in and Sang Hwan is the only one who can prevent Heung Un from plunging the world into chaos. With Arahan, director Seung-wan Ryoo ( Die Bad, No Blood, No Tears ) has crafted a stylish, funny and spectacular urban martial arts fantasy. It has a little of everything, the action and effects of The Matrix, the female ass-kicking of Kill Bill, the comedy of Shaolin Soccer, the artistry of Crouching Tiger Hidden Dragon and all the mainstream appeal and crowd-pleasing delivery of Spiderman.