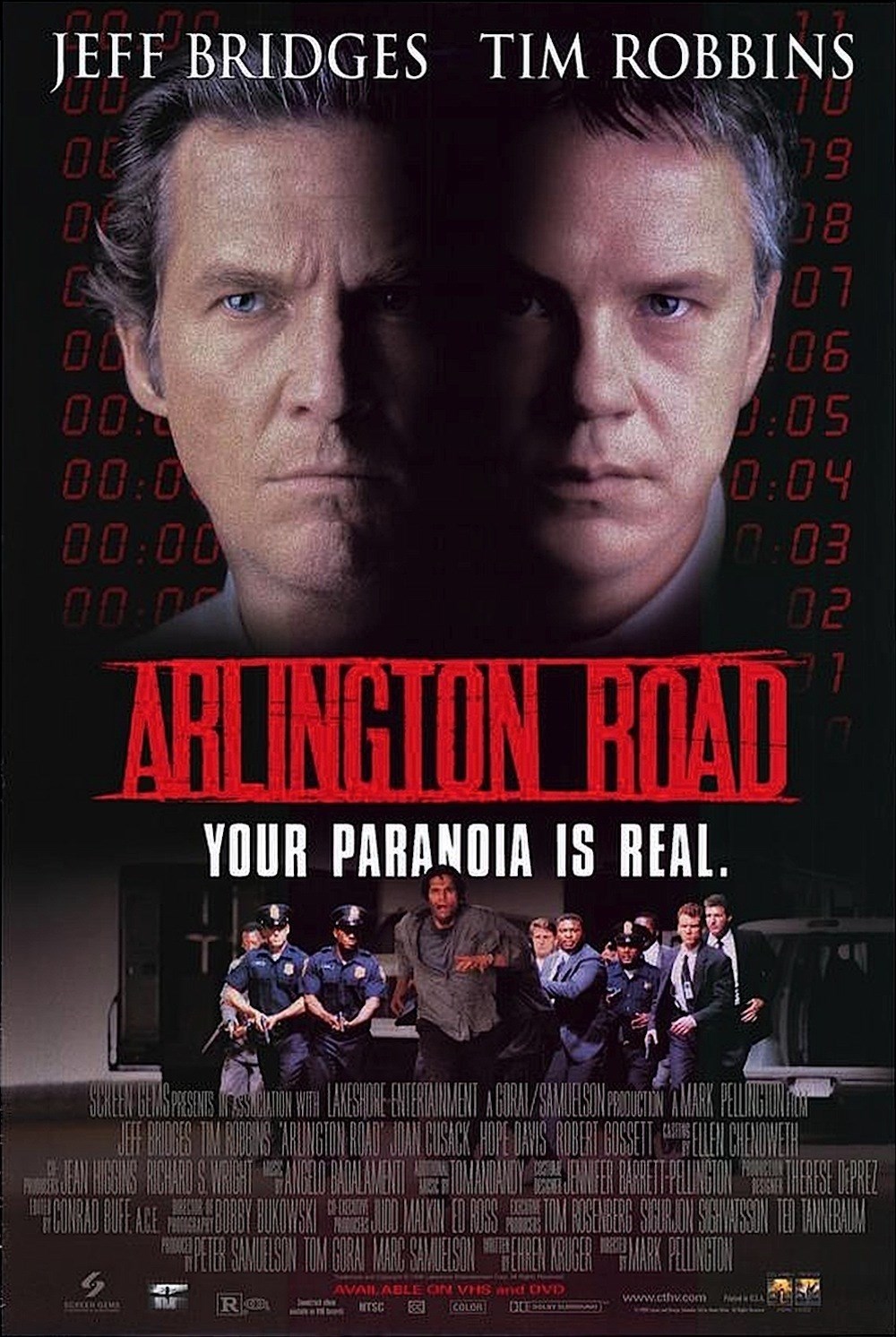 History teacher Michael Faraday lives with his ten-year old son Grant in the suburbs of Washington D.C. The loss of his wife, an agent who lost her life two years ago in an F.B.I. operation, weighs heavily on father and son. By circumstances, Michael and Grant become friends with their new neighbours, Oliver and Cheryl Lang. Pretty soon Grant and Brady, the Langs’ son, become inseparable. The mourning period of the Faradays seems to be over. But the better Michael gets to know his new neighbour, the more he catches him with ever increasing lies. Slowly the suspicion grows with Michael that something is wrong. His girlfriend Brooke thinks he’s being paranoid and jealous. To her, the Langs are the perfect family that Michael has lost. When Grant starts to spend more and more time with the Langs, Michael starts to search into Oliver’s past. He finds out that his neighbour is not the man he pretends to be. But who is he and what is really going on in the house at the other side of Arlington Road ?
Arlington Road is a bone-chilling psychological thriller that searches the limits between good and evil, between trust and treason and between suspicion and paranoia. Director Mark Pellington honed his skills with awarded videoclips such as Pearl Jam’s Jeremy and Inxs’ Beautiful Girls. His feature film debut Going All the Way, from 1996 with Jeremy Davies and Ben Affleck, was a big hit at the Sundance Film Festival. With Arlington Road he follows into the footsteps of Alfred Hitchcock. Are the suspicions of the protagonist grounded in truth or are they the product of personal delusions and paranoia ? Jeff Bridges (Starman, The Fabulous Baker Boys, The Big Lebowski) doesn’t know anymore who or what to believe as Michael Faraday. Tim Robbins (The Player, Bob Roberts, The Shawshank Redemption) plays the mysterious Oliver Lang. His wife Cheryl is a part by Joan Cusack (Working Girl, Married to the Mob, Adams Family Values) and Hope Davis (Flatliners, Kiss of Death, Next Stop Wonderland) plays Brooke Wolf.