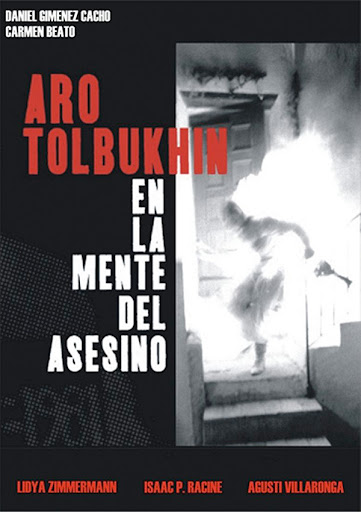 ARO TOLBUKHIN IN THE MIND OF A KILLER

In 1981, the Hungarian Aro Tolbukhin is arrested for having burnt alive seven people in the hospital of the Divino Redentor Mission in Guatemala. After his arrest, Aro Tolbukhin also confesses to having murdered many more women over a period of fifteen years. After studying the files of earlier unresolved crimes in the judicial enquiry that follows, many major inconsistencies emerge that cast doubt upon the truth about Tolbukhin’s responsibility in the crimes he insists on having committed. He is sentenced to death. Just before his execution, he is interviewed by two French documentary makers. Using this material as a starting point, the film attempts to delve into the psyche of Tolbukhin and explore the reasons for his behaviour.

Aro Tolbukhin In the Mind of a Killer is a joint creation of three directors, Lydia Zimmerman, Isaac P. Racine and the uncompromising iconoclast Agusti Villaronga (The Glass Cage, Moon Child, 99.9). Whether it’s all true or not, is something the makers will not reveal. But the truth has no effect on the captivating power of the end result. The movie magnificently brings together various styles of photography and narration as well as different layers of time and perspective. It can be seen simultaneously as a horror film, a psychological drama, or a pseudo-documentary. Above all, it’s a fascinating cinematic experiment that operates in the borderlands between reality and fantasy.