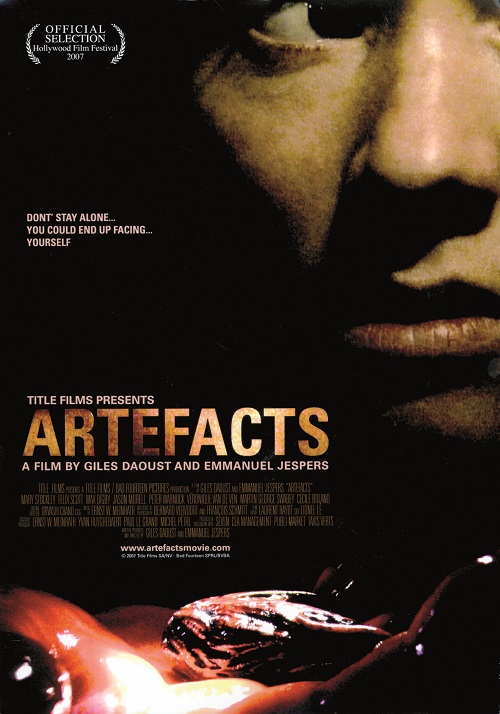 Kate Warner is a woman in her late twenties. She’s running her own startup, and has recently left her boyfriend Mike. One day, all of her friends start to get murdered… by their doubles. Even more frightening, Kate soon finds out that all the victims had some kind of metallic artefact implanted in their chest. Knowing that they are next, Kate and Mike will have to reunite to stay alive. It’s the beginning of a nerve-wrecking journey for survival. BIFFF might be one of the most renowned fantastic film festivals in the world, Belgian fantastic films are as rare as mice on Mars. Luckily we can count on young writers-directors Giles Daoust and Emmanuel Jespers to try to improve this sorry state of affairs. Acclaimed short film director Jespers makes his debut here as a long feature director. Daoust made a big impression three years ago at the BIFFF with his surreal nightmare The Room. Artefacts is a stylish sci-fi thriller with an engaging plotline that will keep you intrigued until the end. Shot in 12 days, with a budget of 100.000 $, an international cast of 10 led by Mary Stockley ( V For Vendetta ) as Kate Warner and some 20 locations, this little movie is living proof that you don’t need big bucks to make an impact.