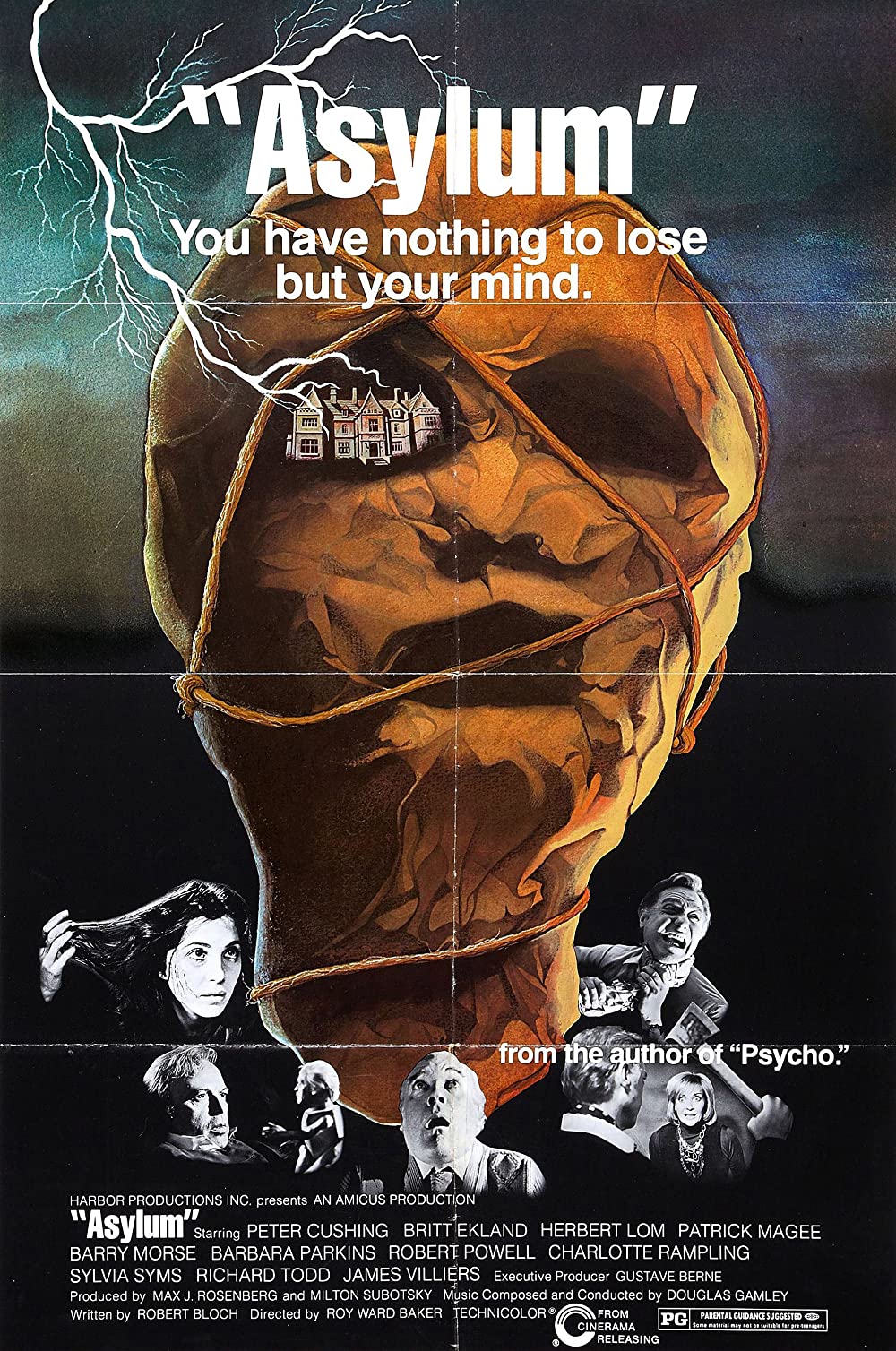 Asylum follows the horrorfilms of Freddie Francis with a formula that, to this day, is still original and frightening. All classic themes are treated in this series of anthology films, which for the most part are derived from the work of Robert Bloch, the horror author of Psycho. Hitchcock turned the book into a movie in 1960. These films are not afraid to show pure horror, visual (the horror films of Freddie Francis) or suggestive (Asylum). They also use a lot of black humor and psychoanalysis. Asylum takes place in a psychiatric hospital where a young assistant- doctor learns that the director is back……as a patient ! His first job is to find the doctor amongst the insane. (Licorne d’Or Festival International du Film Fantastique de PARIS – 1973)