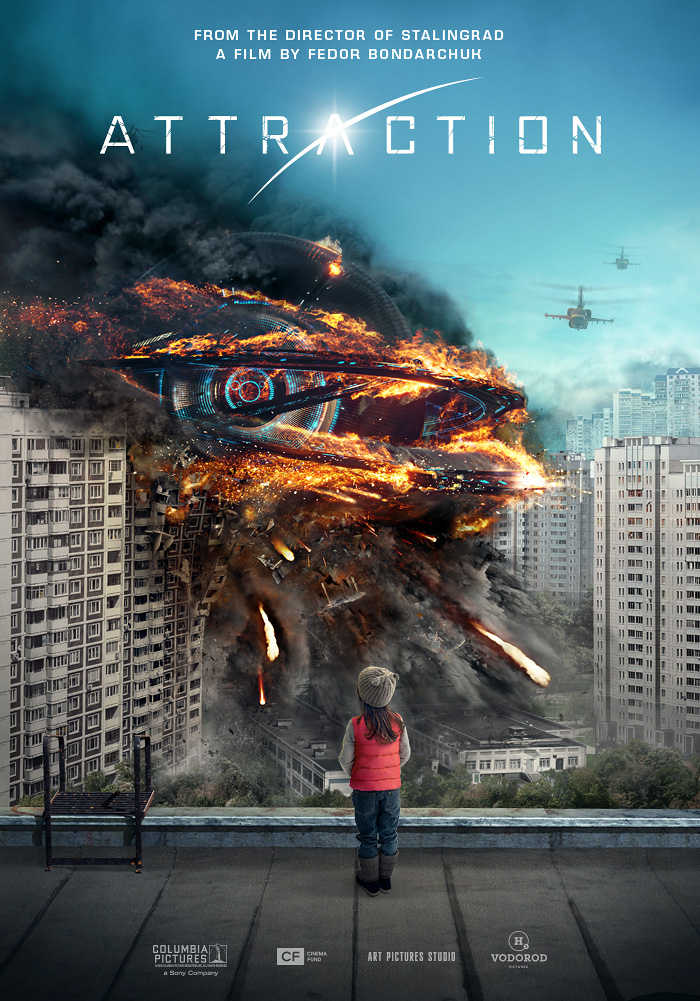 “Breaking News!!!! According to a report that has just come in, the unidentified flying object shot down over Moscow is allegedly of extraterrestrial origin. The major part of the Chertanovo area is cordoned off and police and military defense units are converging on the crash site. Officials are discussing a possible emergency evacuation of the locals. Our source in the Ministry of defense says that a special committee is now trying to establish contact with the visitors. We are preparing a special news report so stay tuned and be the first to learn more soon.” Attraction is the new film by Fedor Bondarchuk, not only the son of legendary director Sergei Bondarchuck (who was the president of our international jury in 1989) but also someone who sees things in a really big way. After The 9th Company (2005), chosen to represent Russia at the Oscars, and Stalingrad (2013), the biggest success of all times in his native country, he has succeeded in a new challenge: the biggest Russian science-fiction film of all time, capable of transforming the blockbusters of Roland Emmerich and Michael Bay into an innocent game of Lego. With mindblowing sfx from MainRoadlPost, Russia’s leading visual effects company that was behind such blockbusters as Wanted, Metro and Stalingrad.