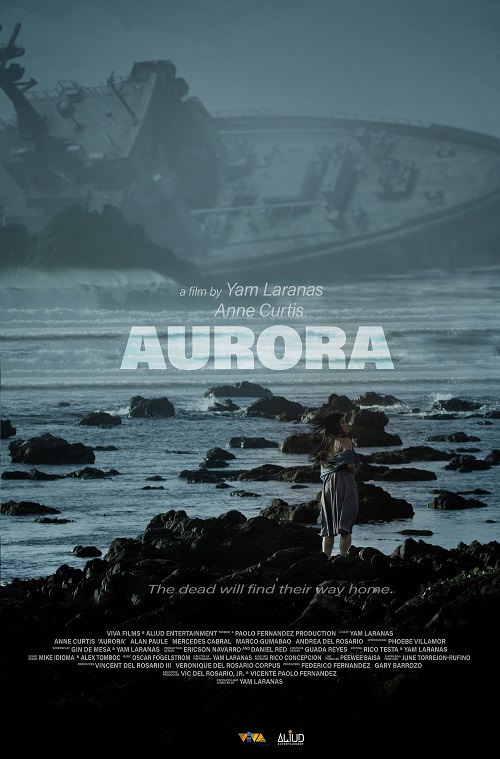 The peaceful life of Leana and her little sister Rita are turned upside down when the giant passenger ferry Aurora capsizes on the cliffs in front of their seaside bed & breakfast. After a while, the coastguard abandons the search for survivors and leaves, together with all the mourning relatives of the victims who stayed in the hotel. The shipwreck has destroyed the local economy and Leana is also considering a new life elsewhere, but a deal struck with some families of the missing passengers makes her stay. In exchange for a huge amount of money, they ask her to look for bodies washing up on the shore. Soon enough ghosts will disturb the calm life of the two sisters. BIFFF-regular Yam Laranas (7th Orbit Winner Sigaw, Bifff 2006, The Echo, Bifff 2009, The Road, Bifff 2012) was a cinematographer before he became a director and that shows in AURORA’s visuals that are as captivating as its story. Shots of the untamed sea bashing against the gray rocks and the corroding shipwreck set the tone for the ominous events that will follow, as the story drags you deeper and deeper into Leana’s quest for the lost passengers.