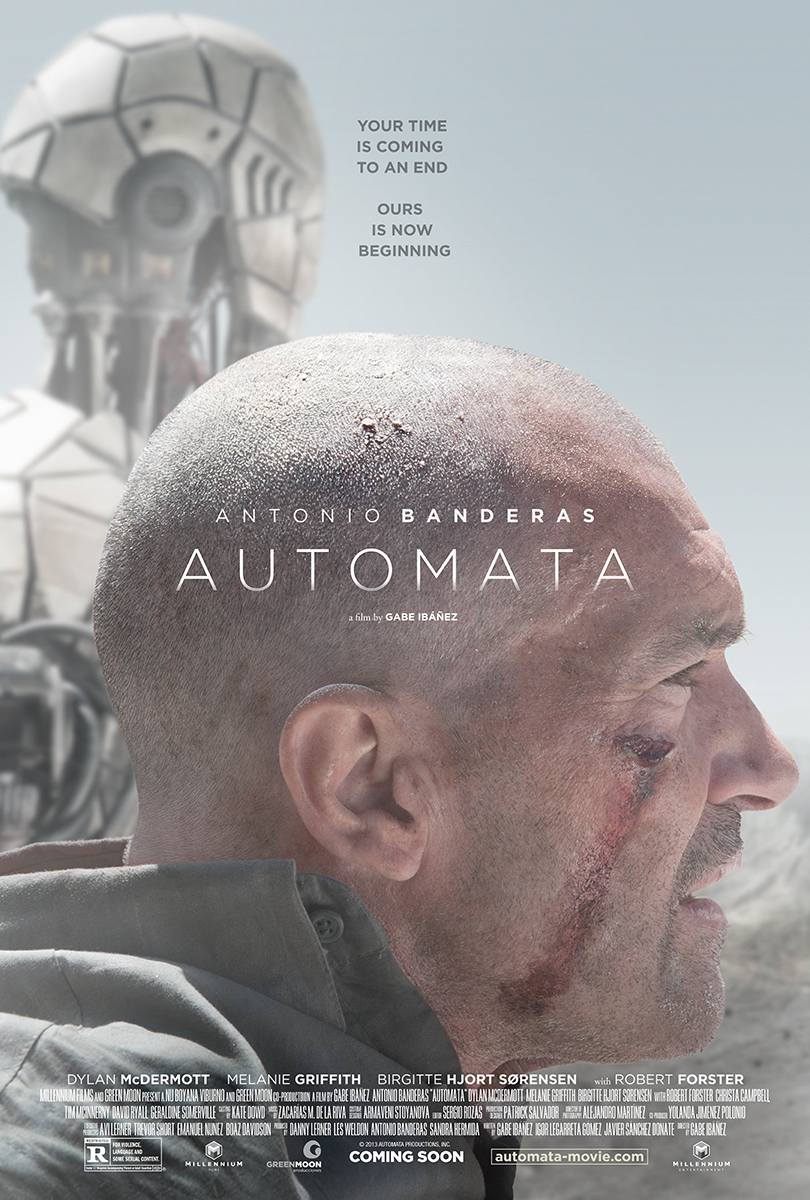 It’s the middle of the 21st century. Desertification has made most of the planet uninhabitable. What’s left of humanity, a mere 21 million, depends on robots to do the dirty work. Jacq Vaucan is an insurance agent of ROC Robotics Corporation who investigates cases of robots violating their primary protocols against altering themselves. Robots must strictly adhere to these protocols. Jacq discovers that some of them are repairing themselves and leave their posts to go off in the desert. Jacq wants to find out what is causing them to become self-aware, but there’s one man with a grudge against robots who will do everything it takes to destroy them. Their actions will have profound consequences for the future of humanity.

With Automata, Spanish director Gabe Ibanez has created a very unique vision of the future. The set up and the story might be familiar, reminding you of Blade Runner, I Robot or even David Fincher’s Seven, but Ibanez combines all these ideas and blends them into a powerful and moving scifi film with stunning visuals and great performances from Antonio Banderas as Jacq Vaucan (whose name is a homage to the 18century French inventor Jacques Vaucanson, creator of automatons), his ex-wife Melanie Griffith and Dylan McDermott as the bad guy.