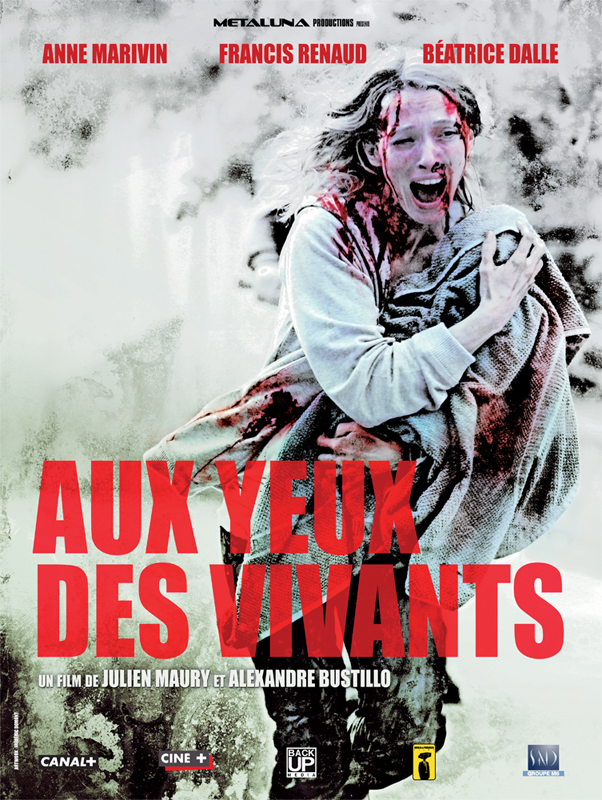 It’s a warm and dry summer. Dan, Tom and Victor, three inseparable adolescents, take advantage of the last day of school to wander in the countryside. They jump with joy when they discover an abandoned old film studio, whose many corridors and halls are just begging to be explored. What they don’t know is that their new playing ground serves as a refuge for Isaac and Klarence Shooter, a man and his strange son who are determined to stop the trio from setting their eyes on their dark secrets. Night falls. Our friends are home again. But they soon realize that something has followed them. This night will be the longest of their young lives. And it very doubtful they’ll ever see the light of day again. After lnside (BIFFF 2008) and Livid, Alexandre Bustillo and Julien Maury are back with their third long feature, an enticing blend of Stand By Me, The Hills Have Eyes and Insidious. Aux yeux des vivants bathes in a nostalgic atmosphere of thrills and shivers that is guaranteed to stick to your ribs. Starring Béatrice Dalle (Betty Blue, Inside), Anne Marivin (Welcome to the Boondocks) and Nicolas Giraud (Taken, The Extraordinary Adventures of Adèle Blanc-Sec). Next on the agenda for the duo: directing a segment of The ABC’s of Death 2!