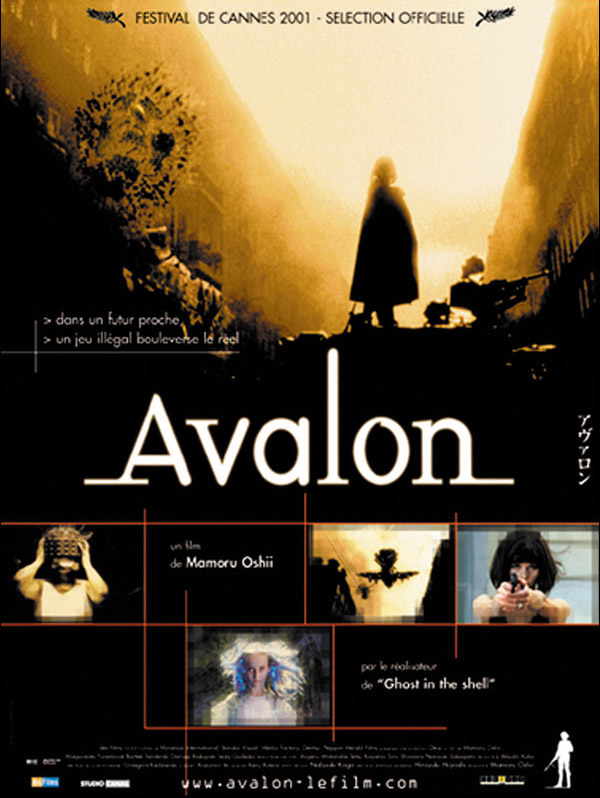 In an imaginary central European city, the highly addictive computer game Avalon offers lavish financial rewards as well as a dangerous and seductive escape from the bleak realities of everyday life. Ash is a professional, a highly skilled player moving back and forth between actual and virtual realities with ease. A loner, estranged from her fellow man, Ash is close only to her beloved pet dog. Ghost is an Avalon character, a target who appears as a young girl. On-screen contact with Ghost has left previous players, including Ash’s former lover Murphy, terminally damaged. Devoid of all consciousness and condemned to waste away in a sanatorium, they are known as The Lost. Ash swears to pursue the elusive, deadly Ghost. Only by confronting her spectral enemy will she discover the true nature of reality. Mamoru Oshii, director of the ground-breaking anime Ghost in the Shell (Festival 1996), worked more than ten years on this stunning science-fiction project. In Avalon, Oshii plunges us in a universe mixing the real with the virtual, where sets and sepia images distance us from all familiar representations of the future. The images of cameraman Grzegorgz Kedzierski (With Fire and Sword) strengthen the near-future ambience of this Polish-J apanese coproduction. Lead-actress Malgorzata Foremniak conveys the feelings of solitude and stress that accompany Ash on her quest. The music by Kenji Kawai (Ring I & II, Chaos) adds to the dramatic tension of the film, that also benefits from special effects by Nobuaki Koga (Gojoe, Electric Dragon 80.000 Volts).