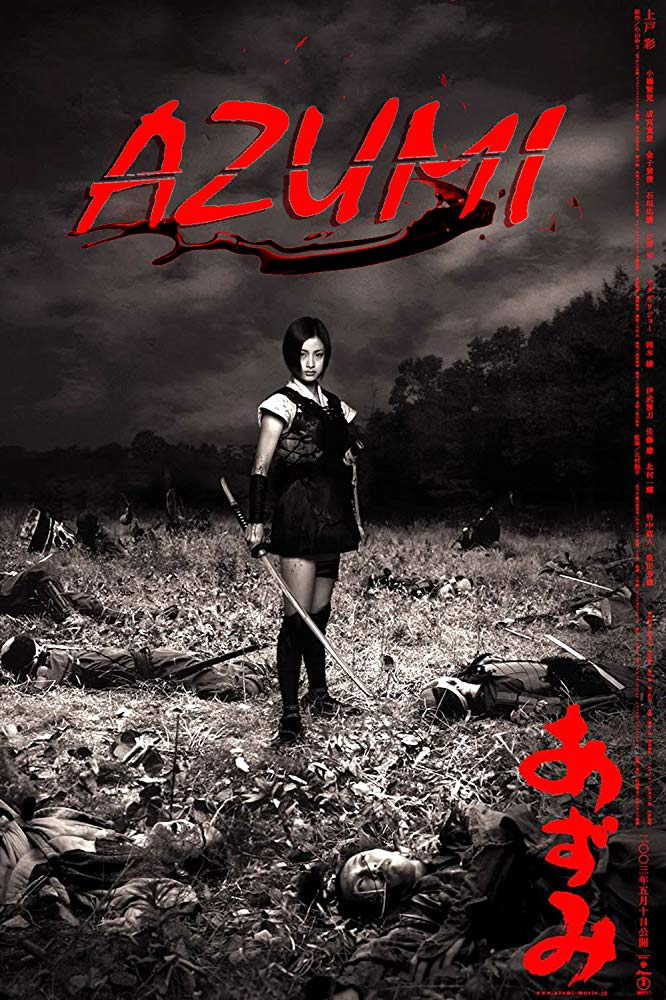 Azumi, a little girl, is an orphan of the war-torn Tokugawa Shogun era. She is found and raised along with nine other orphans by Ji, the mentor. The Shogun has ordered Ji to create a group of super assassins that are capable of eliminating his enemies. After ten years of inconceivably harsh training and discipline, Azumi and her comrades have been moulded into invincible warriors. Before they can leave their secluded valley, they have to pass the ultimate test : “Kill your partner, or be killed”. The five final survivors will then leave on their first mission, the assassination of the powerful warlords Nagamasa Asano and Kiyomasa Katoh.

Once again, Japan’s action maestro, Ryuhei Kitamura (Versus, Aragami, Alive) will delight us with exquisitely choreographed fight scenes and savagely bloody imagery. Azumi is an adaptation of the very popular and shocking manga by Yu Koyama. Kitamaru’s intention was to make a modern Akira Kurosawa film that would dazzle the world with the unique style and flair of the Japanese swordfight. The final battle scene alone, in which Azumi has to fight 200 samurai to the death, took two months to film.