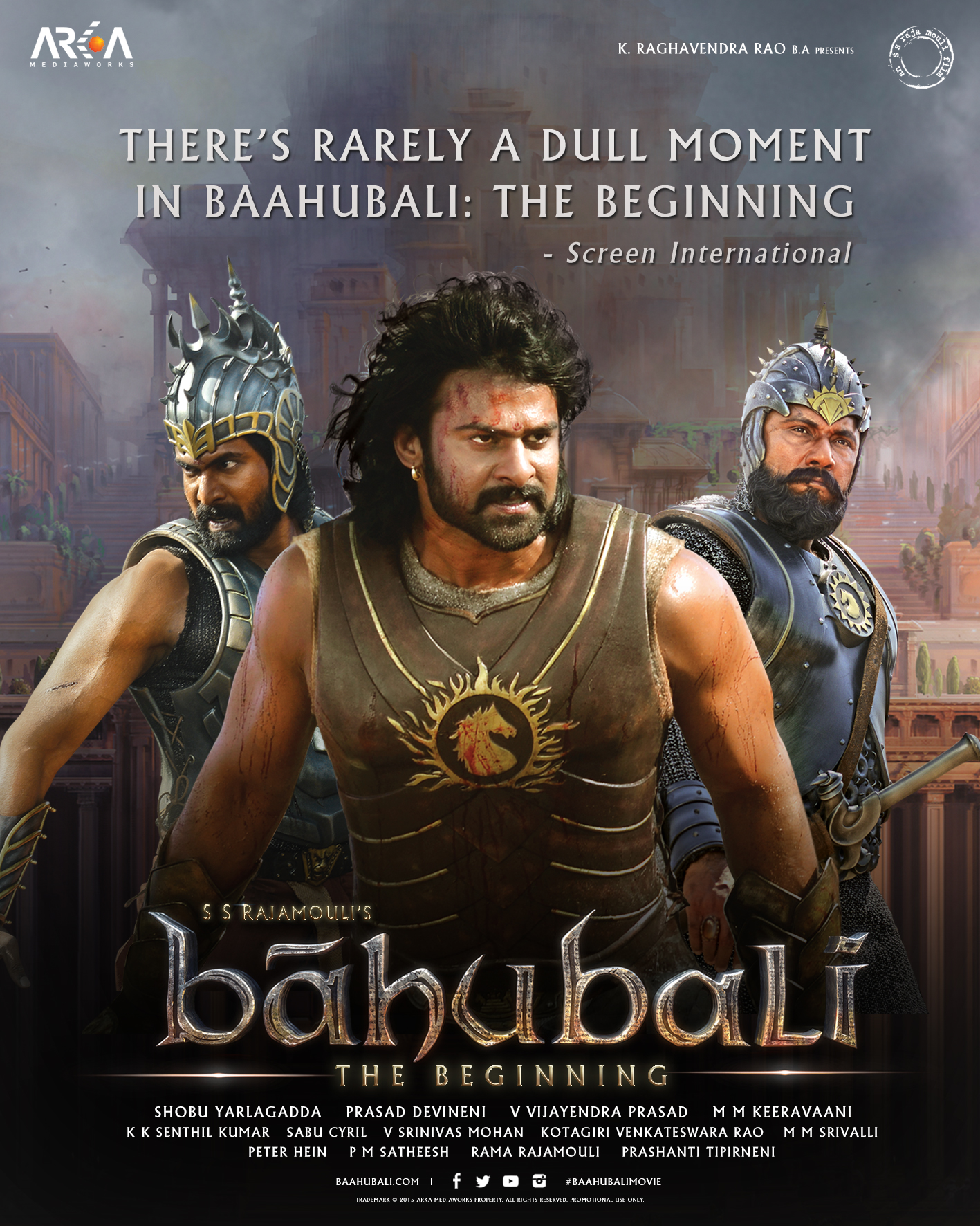 Not everybody can live in a paradise like Shivudu. For some of us he has it all: wonderful palaces, beautiful nature and the trust of the gods that he is destined for great things. But to accomplish his destiny he will need to do one thing: climb the waterfall barefoot so he can meet his dream woman. At the end of his climb, our naive dreamer will, however, arrive in the Mahismhati kingdom. It’s no wonderland with fairies and trolls, but a true terror threat level 4. Fortunately, our hero is as strong as Hercules and as smooth as Spider-Man. His biggest challenge will be the tyrant Bhalladeva, who stands between him and his loved one. And it’s no coincidence that our Indian Power Ranger looks a lot like the fallen Prince killed in battle by Bhalladeva. We had the Greek Tragedy, the Shakespearean Drama and now the Indian Peplum.

Two years after the delightful Eega, S.S. Rajamouli gives us the biggest Indian hit we all want to see. This isn’t only the most expensive and the highest grossing Indian movie of all times, it could easily become a world success and kick 300, Lord Of The Rings and Conan of the throne. It’s a bigger than life experience that you can’t miss at the BIFFF!