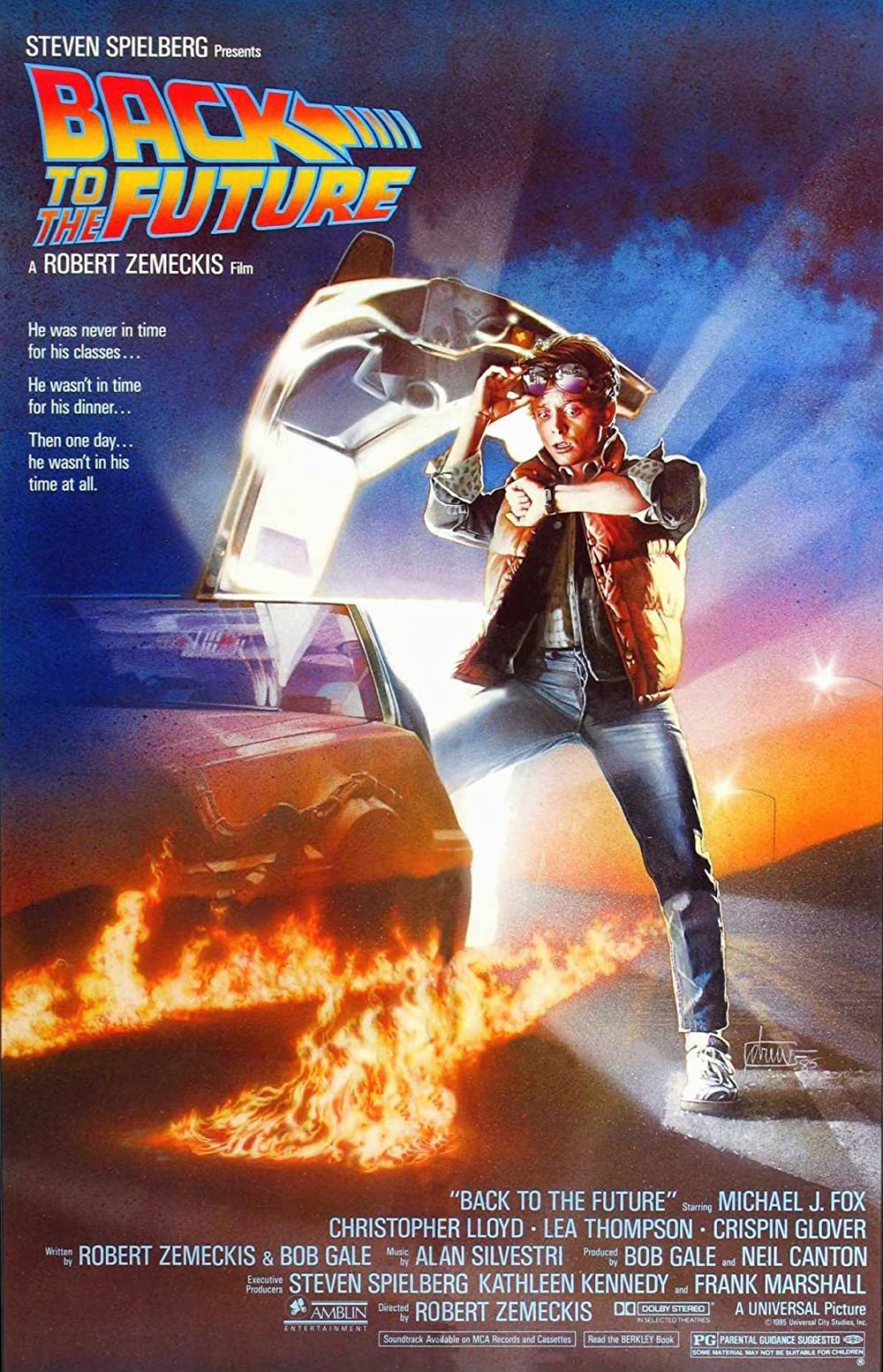 BACK TO THE FUTURE

After 30 years of research “Doc” Brown, an eccentric scientist, has designed and created a time-traveling car in his garage and he is really proud to show it to his young friend Marty. But Marty quickly—and accidentally—finds himself back in 1955!
While being there, Marty will finally be able to see if his parents were as serious and studious as they are pretending they were, and he will have the opportunity to turn his dad (and loser) to be into a hero… worthy of his son. However, his biggest concern will be to get back to… the present. There is one issue, though: panicked while leaving, he forgot the spare fuel canister!
Since Robert Zemeckis was seen as an “unlucky” director because his first two movies “Crazy Day” and “Used Car” were a failure, it took him four years to convince producers to care about “Back to the Future”.
Only Spielberg was interested. Knowing that his third movie “Romancing the Stone” made the headlines and that producers finally started caring about Zemeckis, it seemed obvious for him to entrust Spielberg with its production… and he did not have to regret it!
“Back to the Future” made a star of Michael J. Fox (“Teenwolf”) and revealed the astonishing Lea Thompson (“Jaw 3-D”)