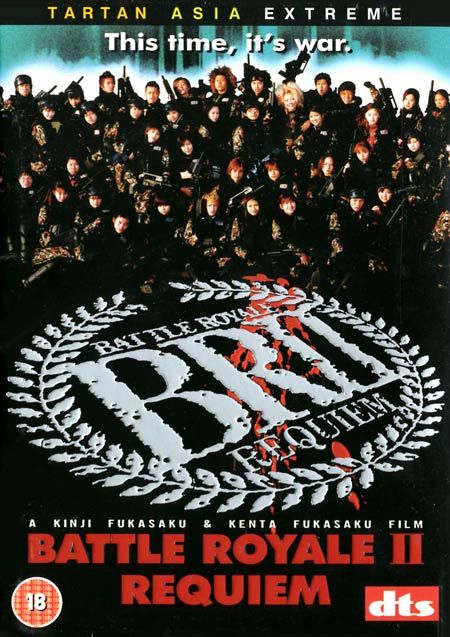 Three years after Battle Royale’s survivors, Shuya Nanahara and Noriko Nakagawa, escaped from the island, the world has descended into an Age of Terrorism. A fugitive from international justice, Nanahara leads the Wild Seven, an anti-state group that has declared war against the adults who force teenagers to kill each other under the Battle Royale Act. Now Nanahara stands accused of engineering the destruction of the capital. As a reaction the adults have passed the Millennium Anti-Terrorism Act, or Battle Royale II. Its first victims are a group of juvenile delinquents from Shikanotoride High School. Abducted by the army, they are forced to wear military uniforms and lethal electronic necklaces. In three days they must flush out and kill the terrorist Nanahara. If they fail, they will all die.

Three years ago, in the shock hit Battle Royale, legendary yakuza film director Kinji Fukasaku (Battles Without Honor And Humanity) presented a creative solution to the problem of troubled teenagers : ship them all to an island and let them kill each other. In this controversial, bigger, bolder and bloodier sequel, he goes head to head with the “war on terrorism”, asking important questions and giving disturbing answers. He died before being able to finish the project, but his son Kenta, who also scripted the two films, was able to complete his father’s vision.