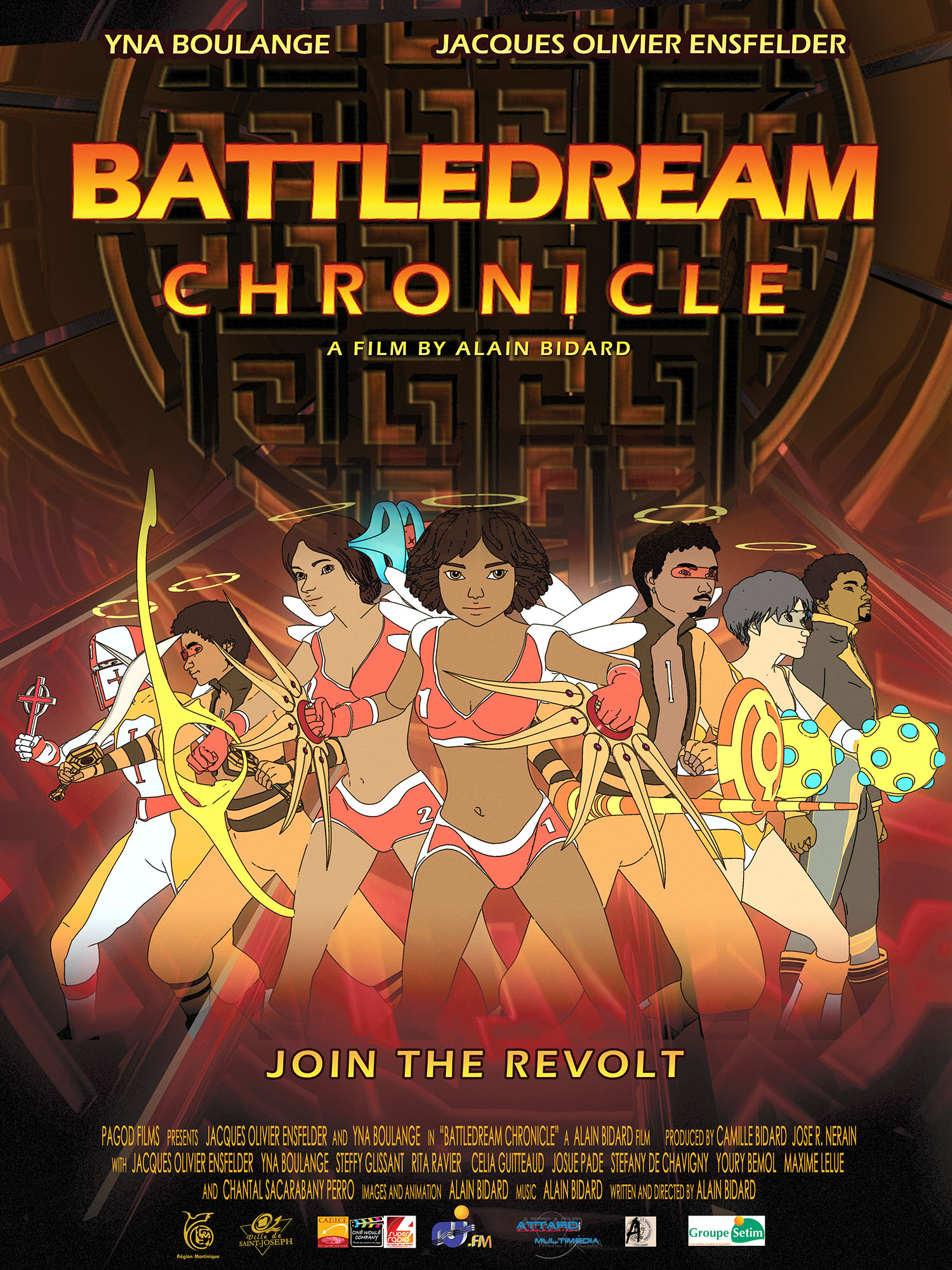 In the future the Empire of Mortemonde has enslaved almost all nations on Earth. Each month everyone is forced to play the virtual reality computer game Battledream. Only those who reach a score of 1000 points are allowed to live one more month. And on top of that you can also really die in the game. Impenetrable firewalls make sure that nobody can cheat or break the codes. Syanna Meridian, a fearless young slave, decides to fight this inhuman system, together with her devoted friend Alytha Mercuri. There’s only one free nation left on the planet, Sablereve, but its leaders prefer to run rather than to fight. It’s up to Syanna to convince them to join her, but to achieve that she has to win one final game against the best players of Mortemonde, Isaac Ravengorn and Alexander Torquemada.

Battledream Chronicle is the first animated feature from the Caribbean island of Martinique. Director Alain Bidard’s labor of love took 5 years to make and was done on the tiny budget of 400.00 €. Not that it shows on the screen, but it’s not the beautiful visuals of this bleak future that are Battledream Chronicle’s biggest force. This fantastic adventure for young and old possesses true heart and is an ode to friendship, courage and integrity and an indictment against real and virtual tyranny.