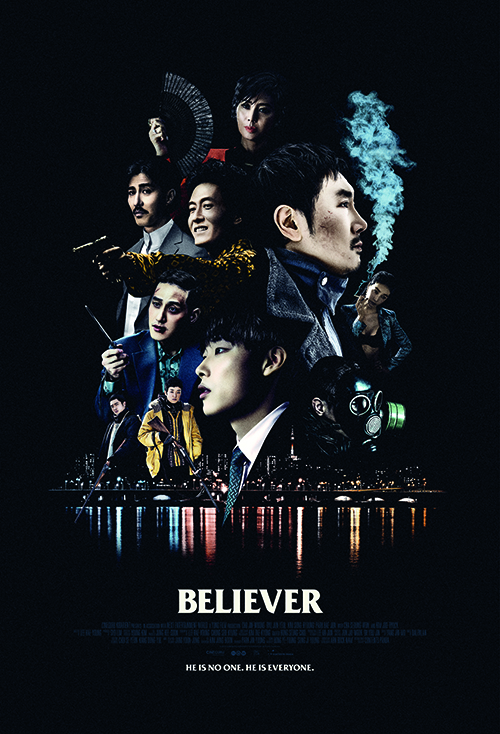 Police detective Won-ho is at his wit’s end. Half his career he’s been chasing Mr. Lee, the leader of Asia’s biggest drug cartel. The problem is nobody’s ever laid eyes on this character and many are the cowboys who pose as the man himself. One day, Won-ho has his guy (or rather gal) infiltrate Mr. Lee’s network but all she gets is a speedy one-way ticket to the happy hunting grounds. Then, our desperate detective has a lucky break. By way of settling a few accounts, Mr. Lee blows up a cartel drug lab and within the debris, a survivor is found: the timid aide Rak. Given that his mother is among the victims, he’s all too willing to take revenge on his former employer. The policeman and the aide team up and go after the elusive Mr. Lee. But will they ever get him in the crosshairs? Two solid, masterly directed hours of action and suspense? Look no farther than South Korea! BELIEVER is a remake of Johnnie To’s Hong Kong classic DRUG WAR but easily stands on its own two feet. Little wonder the film speedily broke all box office records in its home country! As the protagonist of this muscular crime thriller with brains, we recognize Jin-woong Cho (THE SPY GONE NORTH, BLUEBEARD, THE HANDMAIDEN, A HARD DAY).