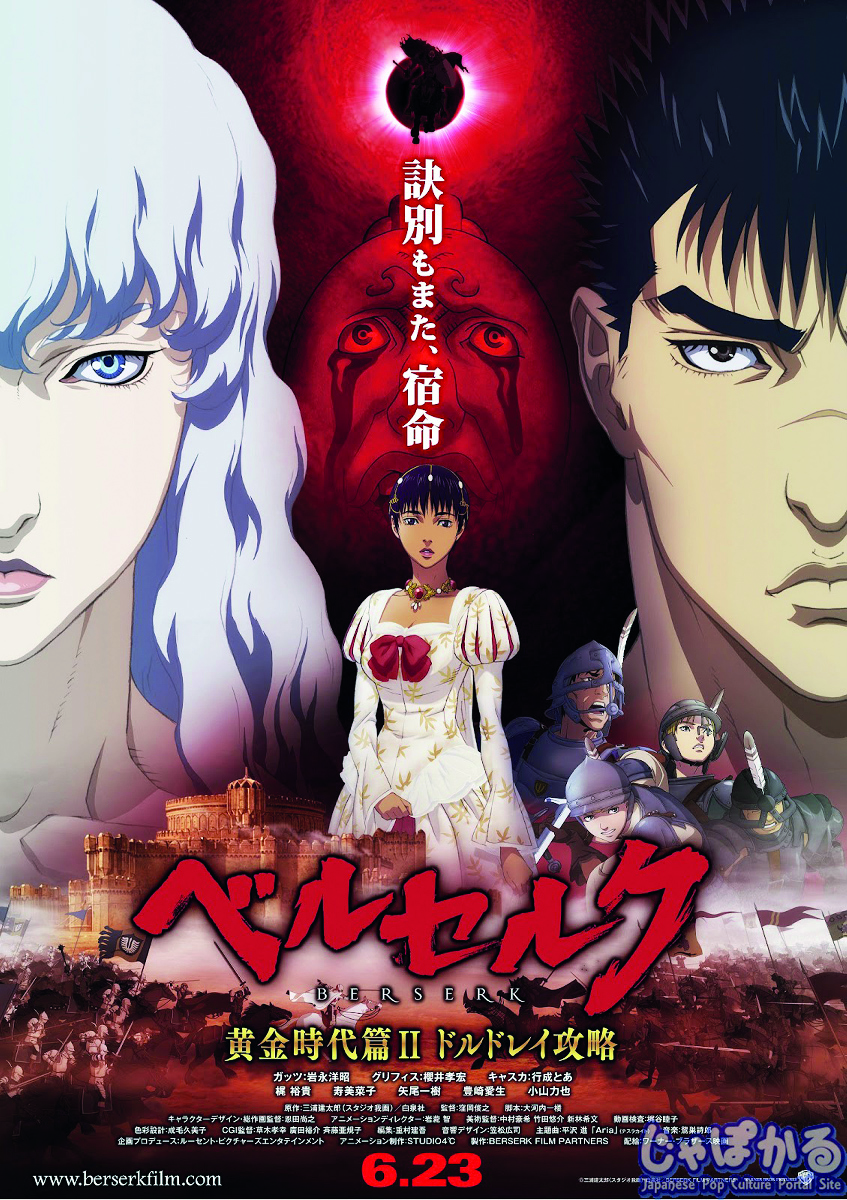 BERSERK THE GOLDEN AGE ARC 2 – THE BATTLE FOR DORLDREY

Because of their victories on the battlefield, the Band of the Hawk, a bunch of mercenaries lead by Griffith, is awarded the status of army in the Kingdom of Midland. To Griffith this represents another step towards his ultimate goal ; to rule one day over his own country, a burning ambition for which he is prepared to sacrifice everything and everyone that stands in the way. His opponent is Guts, an orphan who became one of the most renowned warriors of Midland. His sword is as long as his body ! Guts used to be a captain in the Band of the Hawk, but he decided to leave them because of Griffith’s merciless ambition. When the Band of the Hawk is ordered to conquer the Fortress of Doldrey, which belongs to the rival Chuder Empire, Griffith and Guts will meet on the battlefield for the ultimate confrontation. Berserk Golden Age Arc II : The Battle for Doldrey is the second part of a trilogy inspired by Kentaro Miura’s popular manga, which has been going strong for 22 years now. Toshiyuki Kubooka, who makes his animated feature debut with this trilogy, learned how to make things work as an animator for films such as Wings of Honneamise, Spirits of the Past and Batman : Gotham Knight. This second part could almost be compared to Lord of the Rings : The Two Towers, because of the epic siege of Doldrey, but Kubooka does not forget the elements that made the manga such a success : the strong characters and the ethical and moral issues they have to face in an age where everything is allowed.