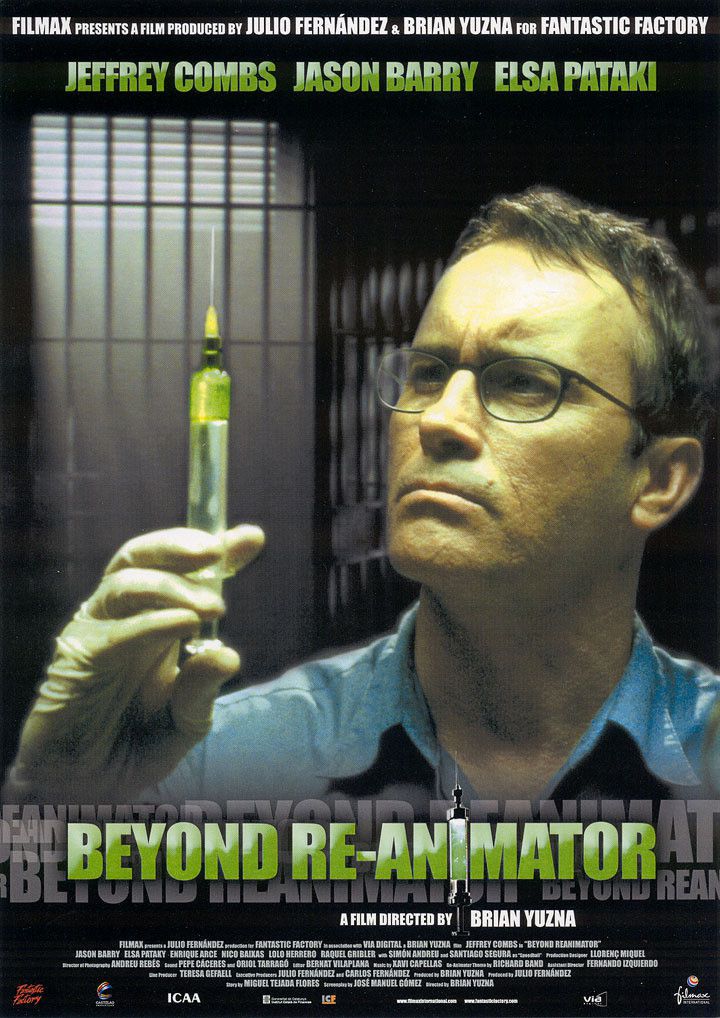 Doctor Herbert West has been serving a jail sentence for 14 years after causing the Miskatonic University massacre, a tragedy brought about by strange monsters, products of his experiments into reanimating dead organisms. To him, the slaughter was just collateral damage, the inevitable consequence of any experimental process. Currently in jail and far from being rehabilitated or regretting his scientific obsession with overcoming death, he tries to continue his work. But the environment and conditions are far from ideal. His lab is located underneath his bed, nothing more than a jumble of recycled elements and the only fresh corpses he can find are rats and cockroaches. To top it all, he must survive in a mind-numbing environment where everybody hates and detests him.

Beyond Reanimator marks the return of 80ties horror icon, mad scientist Herbert West. Behind the camera is Brian Yuzna, producer of the original Reanimator and director of the sequel Bride of Reanimator. Striking the right balance between black humour and horror, Beyond Reanimator will delight the fans and attract a new generation of genre enthusiasts. With Jeffrey Combs (The Frighteners, Fortress, Start Trek : Deep Space Nine) reprising his part as the incorrigible Doctor Herbert West.