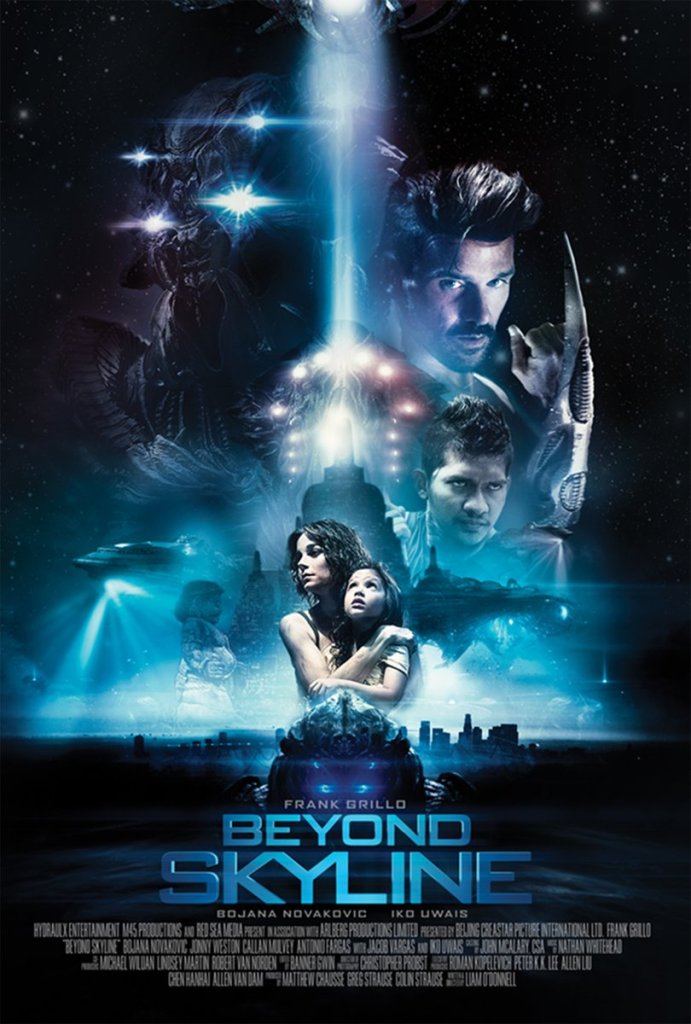 Following up the alien invasion that occurred in Skyline ( 2010 ), this spin-off / sequel tells the story of Mark, a grizzled LAPD cop ( played by Frank Grillo ) who is taking his son home after a night in jail. Little do they know that while sitting in the subway an alien attack will take place… Long story short: the son gets sucked up by the aliens’ ship in an old-school kind of way and in order to get his son back dad is willing to kill every little c*cks*cking alien. What follows is a feast for the action-loving filmgoer, with guest appearances by two actors from The Raid ( Iko Uwais and Yayan Ruhain ). Let’s be honest about it, you don’t watch this kind of movie for the plot, but for the spectacle. And boy does this one deliver ! Beyond Skyline wasn’t filmed with a big Hollywood budget but it still looks stunning, thanks to lots of classic effects in the slimy interiors of the cavernous spaceship and the H.R. Giger-inspired, skeletal-looking alien monsters, all of this mixed up with crafty CGI. Director Liam O’Donnell, who wrote and produced the first Skyline, put all his skills on the table. Having worked on the visual effects of movies like Iron Man 2 and Alien vs Predator, this guy sets the bar pretty high when it comes to mixing CGI with classic effects.