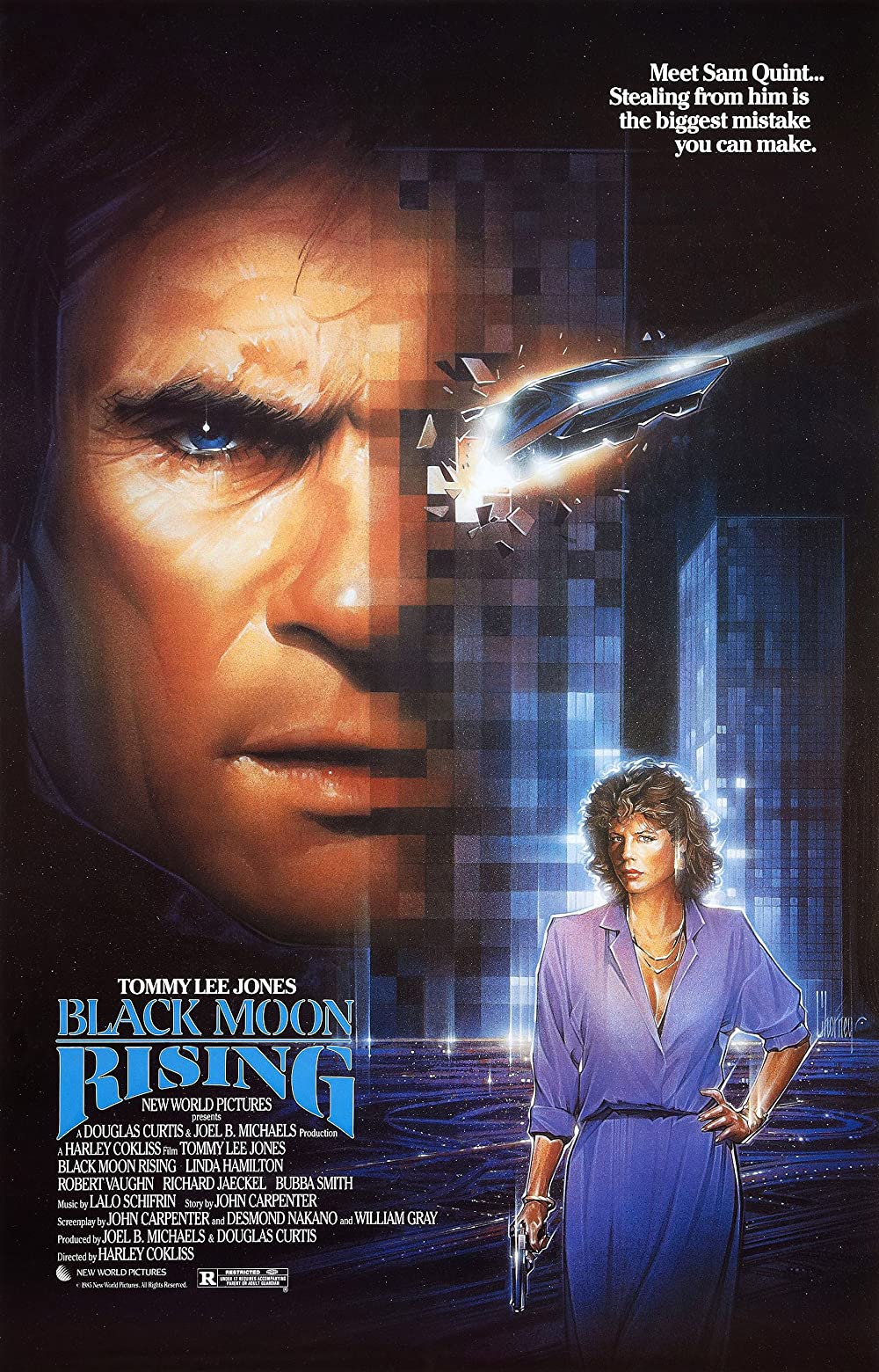 Instead of going down for his acts Quint, a seducing badass and professional thief has received an order from the government: he has to steal a computer disk which contains tax information of great interest.
But once chased by the owners of the disk, Quint hides it in the trunk of a stunning car, a piece of art and technological marvel developed by three Texans who named it “Black Moon”. Quint follows the car to Los Angeles but Nina, head of a car-stealing gang whose brain is the dangerous Ryland, gets hold of the prototype which is then hidden in the lair of Ryland, a glass tower and real fortress where no one can break in…
With “Black Moon Rising”, a movie closer to a thriller than to science fiction, the director Carpenter (“Christine”, “Starman”, “Escape from New York”) shows once again that, before being a talented director, he is mostly an extremely effective screenwriter.
Set in a (really) near future, this story has been conducted really efficiently by Harley Cokliss (“Battletrucks”, which was granted the Jury Prize at the Festival international du film fantastique d’Avoriaz in ’83 and was screened during the 1st festival) and interpreted by Rommy Lee Jones, Linda Hamilton and Robert Vaugh (“Demon Seed”, “Brass Target”)