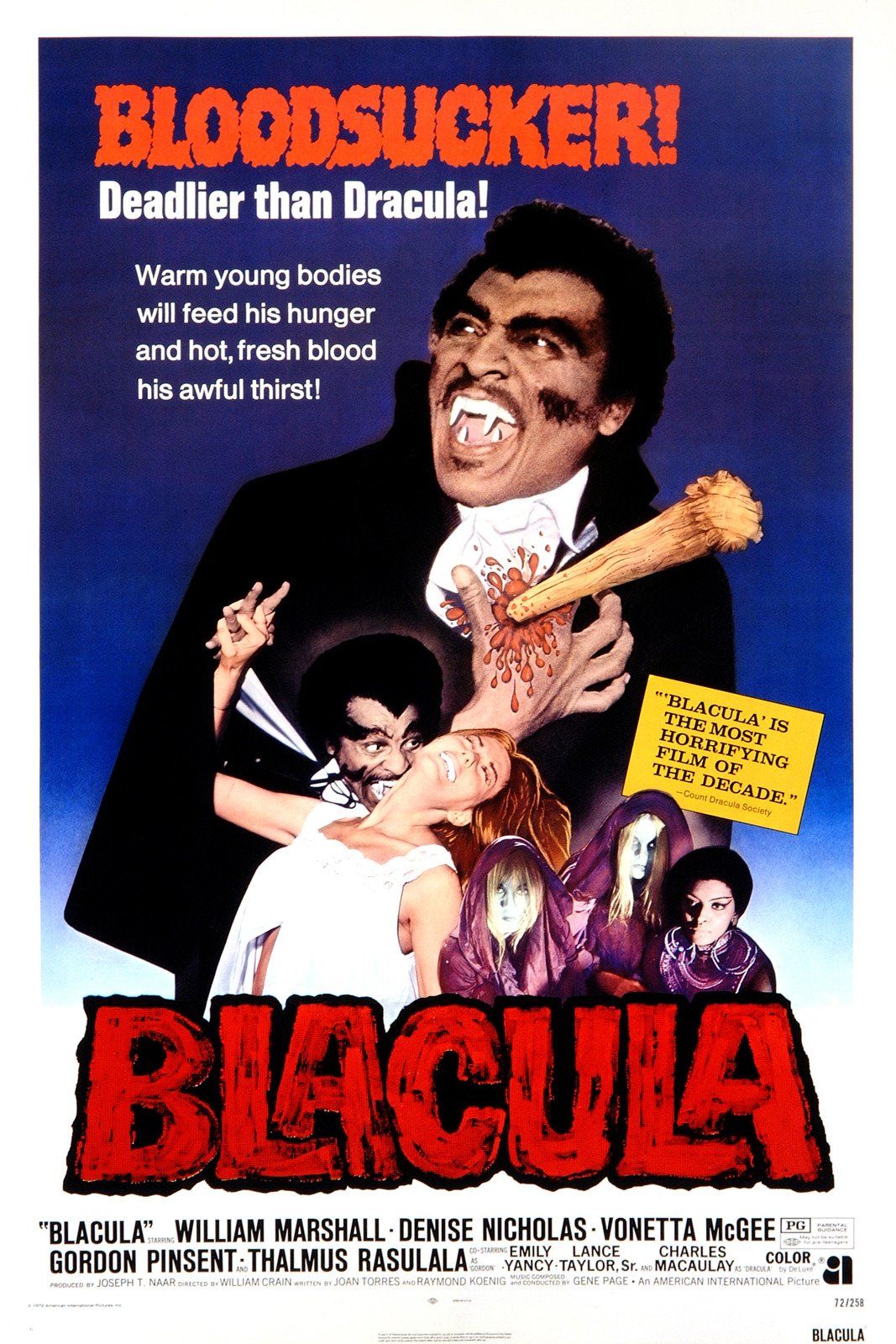 The imposing William Marshall is the ideal actor for Blacula, the first black Dracula. Blacula is a great film and not a condescending parody. On the contrary, it is with great respect for the myth and its conventions that director William Crain tries to bring the meaning of the story to a modern audience. The disruption of our rational world by a vampire, a relic from the 19th century, offers an interesting reflection on black and white.
Who is able to remember that it was in 1815 that Dracula cursed the black prince Mamuwalde because he had the audacity to ask the famous count to sign a petition for the abolition of slavery……!