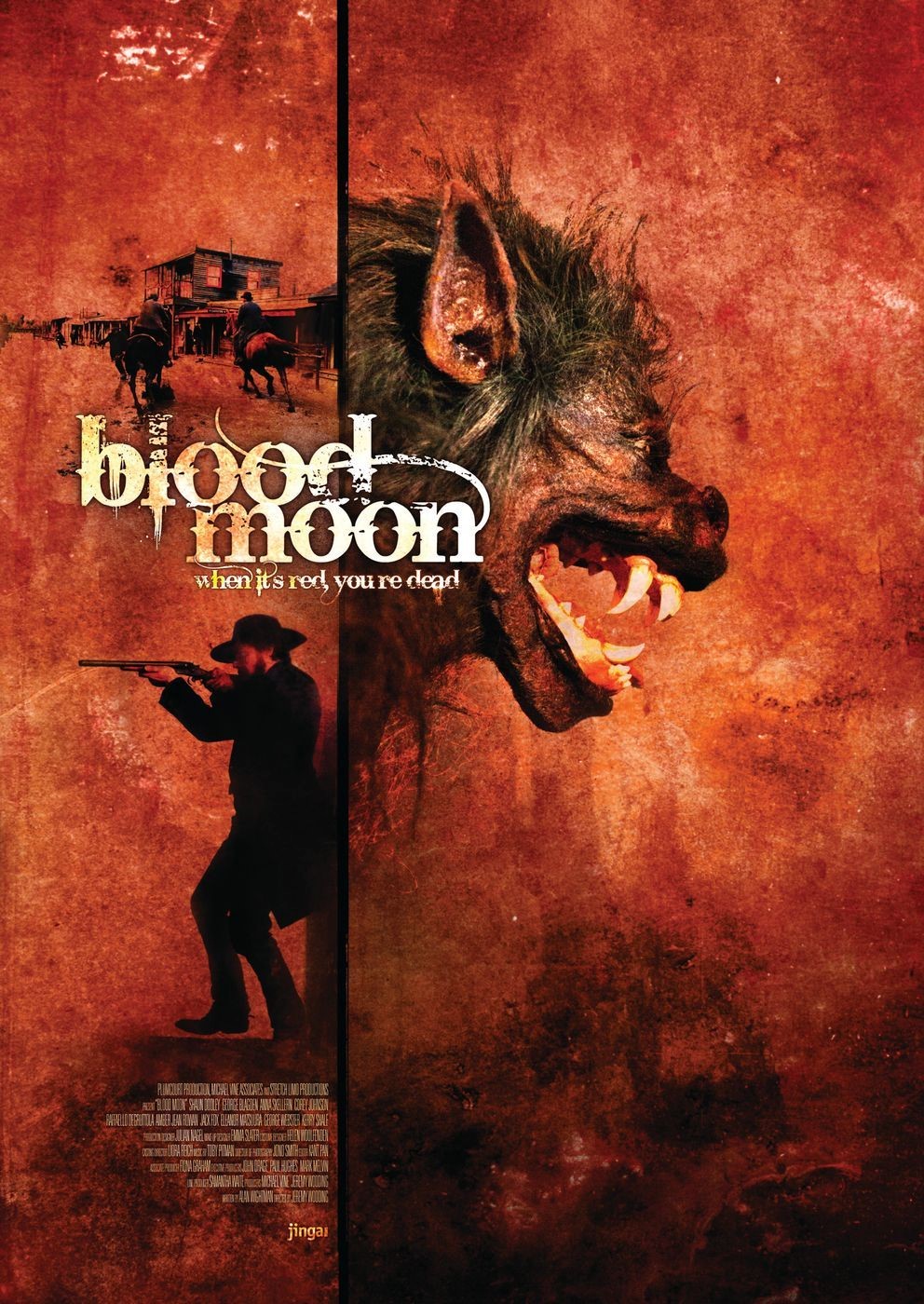 Let’s go back to Colorado in 1887. The sky is dominated by a blood red moon. In a typical small town, a number of mysterious characters cross paths, among whom Calhoun (Shaun Dooley), a lone gunslinger. They are captured by a band of outlaws, but after a while they discover a bigger threat that might kill them all: a mythical beasts that only comes out when that pretty moon is red. It’s going to be a long night, with any hope of seeing daylight fading fast.
Fans of the TV series Misfits are warned. Shaun Dooley is even more frightening on the big screen than as a probation worker. This horror-western was directed by none other than Jeremy Wooding, known for Magnificent Eleven and the hit series Peep show. He situates the story at the end of the Wild West and infuses it with supernatural powers. Just to be clear; this is not Cowboys & Aliens, but a balanced mix between the best genre elements: The Good, the Bad and the Terrifying!