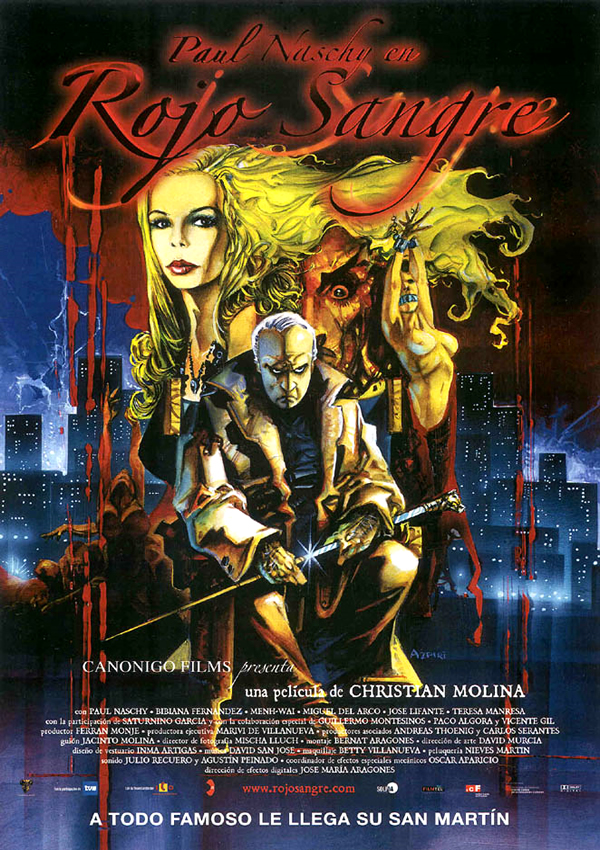 The once famous veteran actor Pablo Thevenet is having a hard time finding work. He has to endure humiliating casting sessions by young directors who have never heard of him and by veterans who have forgotten him. Pablo is angry and frustrated. Talent no longer counts in his profession. All you need is instant fame to succeed. Then his luck turns. The wealthy Mr. Reficul engages him to play a living statue in front of his fashionable night club. The job doesn’t amount to much, but it pays well. So well in fact that Pablo now has the chance to act against all the talentless, empty-headed goodfor- nothings that have stolen his place in the limelight. Impersonating the most infamous human monsters like Gilles de Rais, Raputin and Jack the Ripper, Pablo starts thinning out the ranks of the famous. What’s most surprising is that he seems to get away with it, as if someone is protecting him. Young debut director Christian Molina treats us to a very bloody variation on Goethe’s Faust. He has given his slow paced and atmospheric horror film a unique look with ingenious camerawork, creative transitions between the scenes and very effective sfx. Cult actor-director Paul Naschy (Night of the Werewolf, Count Dracula’s Great Love, Howl of the Devil) is brilliant as the narcissistic, vain and egocentric Pablo Thevenet.