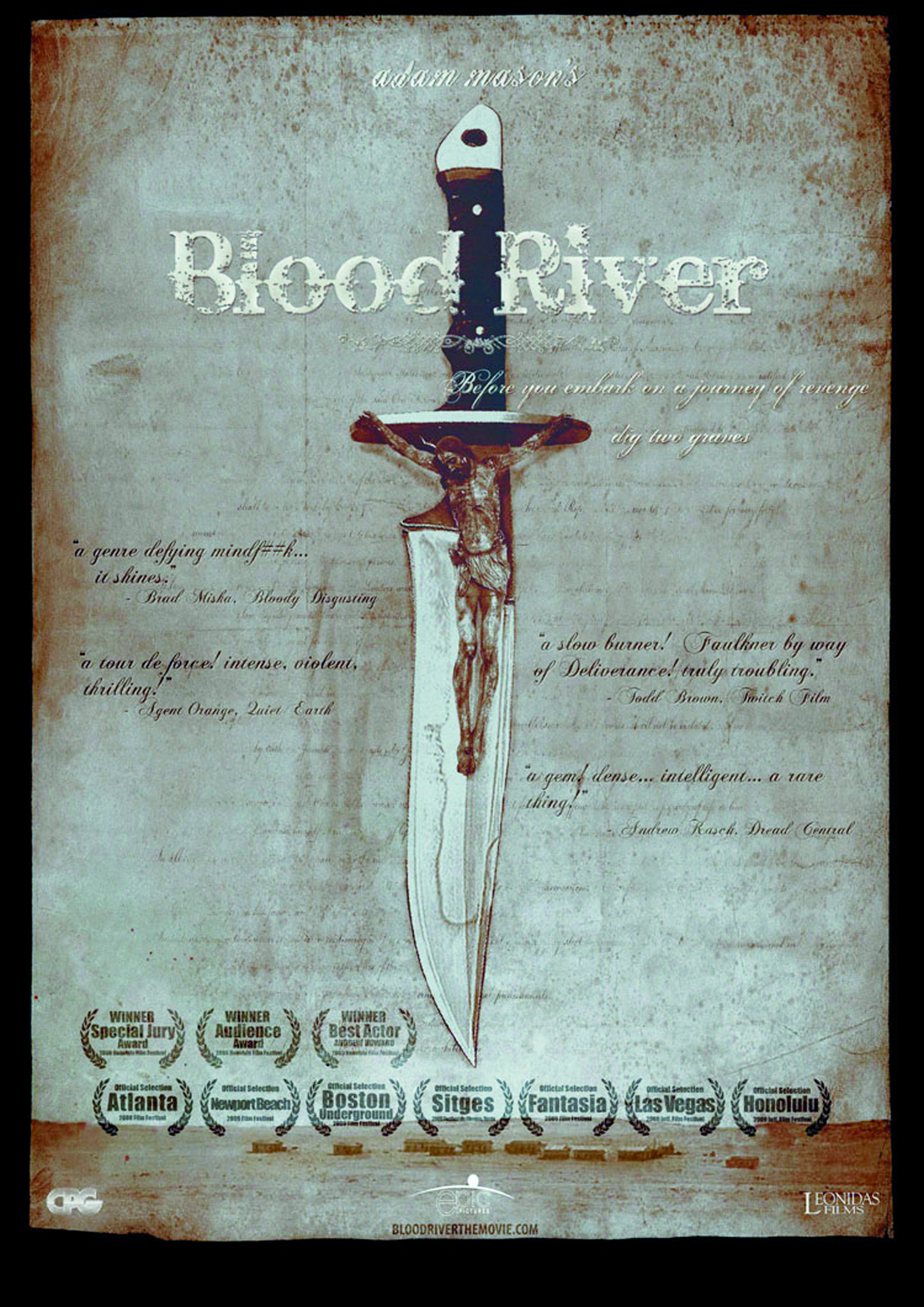 Being a conscientious CEO of the galaxy, our Celestial Bearded One often subcontracts matters to a consultant if he wants to perform a metaphysical audit on his lost sheep. In this case we’re talking about Clark and Summer, who has a bun in the oven. The happy couple have hit the desert road to personally deliver the good news to the in-laws. A flat tire later, they notice that the desert is… well, quite deserted and very very hot. They think they’re saved when they meet a lonesome hitchhiker, but he’s actually the aforementioned consultant who’s ready to draw up the balance sheet. And he ain’t a golden-haired cherub playing the harp. Joseph, that’s his name, is more into that good Old Testament justice. His silver tongued sermons soon create havoc upon the couple, who seem to have loads of skeletons in the closet. You’ve got to keep an eye on Adam Mason. Instead of shooting sequels or tasteless remakes to add some zeros to his bank account, he flees to the Nevada desert with a script by his blood brother Simon Boyes and shoots Blood River. It’s his third Bifff film in a row, after Broken and the Devil’s Chair. Mason just keeps getting better and better. Keep an eye out for his next film, Luster. Maybe next year… at the BIFFF, of course.