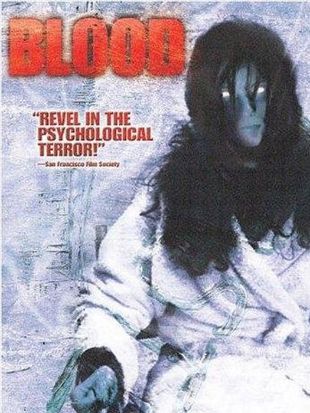 Carl Dyson is a successful genetic scientist who is about to destroy his comfortable suburban life. Lix is no average 20-year-old girl. Manacled to a chair in the basement of a decaying country estate, her dark eyes pierce the strands of raven hair falling across her pale beautiful face. A dog-muzzle pulls her grey lips back from her gleaming white teeth. She is hungry. Upstairs, three 40-year-old excuses for humanity play screaming rock music and drink her blood. Lix gets rescued by Carl, who takes her into his home and forges a set of documents that give her a new identity as his sister. What else can he do ? He did after all create her; 20 years ago in his lab, a human being with blood that would conquer every know disease including cancer. But Carl also discovered that when ingested by another person, Lix’s blood acted as an extremely powerful and addictive narcotic. Blood is the feature film debut of Charly Cantor, a story of extreme and compulsive love set against a suburban family background. He fuses elements of sci-fi and domestic drama to create an innovative and deeply provocative film. Adrian Rawlings (Lars Von Trier’s Breaking the Waves) plays Carl Dyson, a brilliant man enmeshed by the irresistible hypnotic appeal of his tortured creation. Striking young actress Lee Blakemore (Paradise Grove) is Lix, the enigmatic young woman with the irresistible blood.