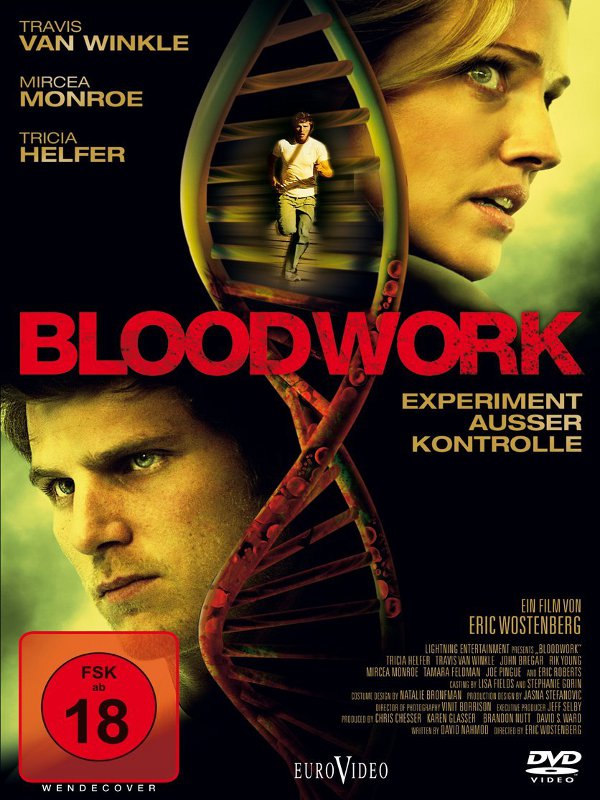 College students and best buddies Greg and Rob decide to gain some extra pocket money during the Christmas Holidays by playing lab rabbits for a new drug. Rob is a bit hesitant, but Greg manages to convince him. What could go wrong? It’s just a new anti-allergic from pharmaceutical giant Ravexin. But if that were true, there would not be a movie, of course. A few days after they’ve joined the rest of the participants at a remote hospital, Greg already regrets his decision. The procedures are quite weird, the continuous tapping of blood extremely painful and nobody seems to care for the decayed state of facility. The patients arrive in a state of mental degradation, coupled with a heightened sense of invincibility. Greg discovers that the drug is capable of regenerating human tissue, with as nasty side effect the loss of any moral or ethical scruples. But why is he the only one who realizes this? Bloodwork is an intriguing horror thriller by Eric Wostenberg, who got noticed in 2005 with his science fiction musical Sacrifice. The lead is taken care of by young Travis Van Winkle ( Transformers, Friday The 13th ). His opponent is none other than scifi über-babe Tricia Helfer ( Battlestar Galactica’s Number 6 ). Veteran Eric Roberts ( The Dark Knight, The Expendables ), Mircea Monroe ( Growth, Tekken ) and Rick Young ( Beowulf ) also join the party.