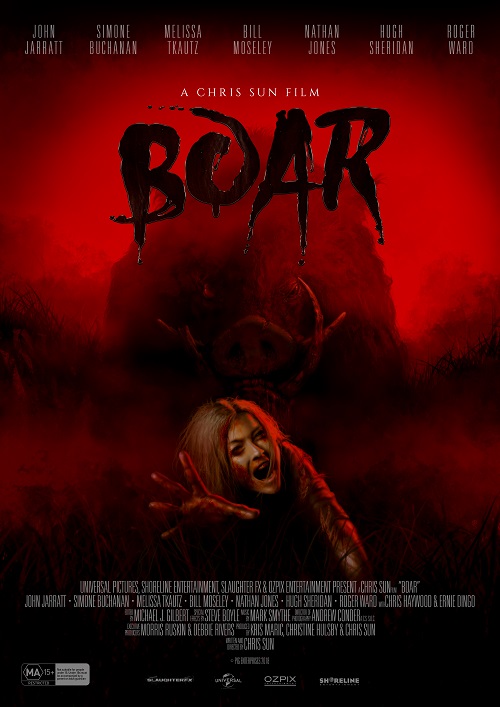 The Australian wilderness, what a sight! With a territory that could easily fit in Belgium 200 times over and a population the size of Brussels, you’re right to say that it’s a god damn desert. You’ll probably see a few kangaroos but that quickly gets boring. So, all that’s left to do is farm cattle or drink your way through the heat. Ken and Blue decide to do both as they guard their sheep while gulping down some brewskis. Our jumping friends are no danger to their herd but dingoes certainly are and the duo have had it with the beasts. Encouraged by their beer consumption, they decide it’s time to teach the wild dogs a lesson and they set off into the desert. After a few miles they come across a polluted camping site and curse those stupid city folk who have no respect for nature. Seriously, who leaves a leg in the bushes, a head on a camping pole and blood all over the ground?! By the time they realize what they’re looking at and understand that no dingo could have done this, it’s already too late. A monster is coming and by the sound it’s making the only option left is to… run! Asking if Boar would be a good fit for the BIFFF was but a rhetorical question. Who wouldn’t want to? Especially when it comes from Chris Sun, the guy who sweetened up our appetites with Charlie’s Farm (BIFFF 2015). Get ready for a creature feature that’ll give Russel Mulcahey’s legendary Razorback a run for its money!