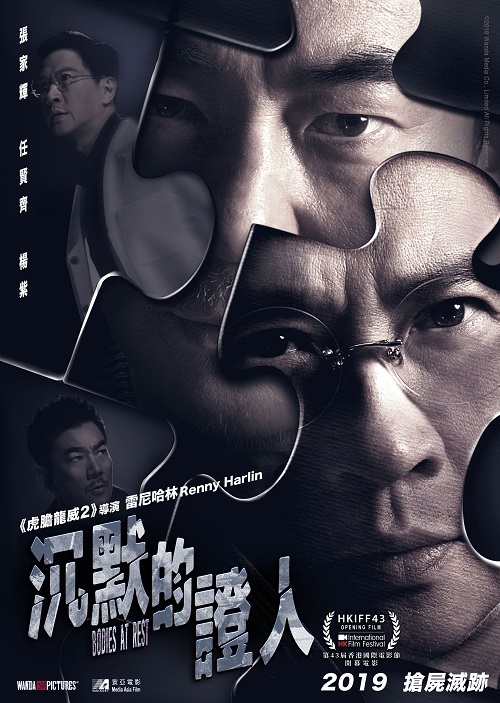 What some people do for a living! A medical examiner has the unenviable task of cutting up bodies and prying into their intestines. As the saying goes: it’s a dirty job, but somebody’s gotta do it. On a weekday night in Hong Kong, one such dude is diligently at work alongside his assistant. Then, without bothering to knock, three armed men barge in, their faces hidden behind goblin masks. They demand a bullet lodged inside a corpse that was recently brought in. Why they want the piece of metal and what their exact identity is, remains a mystery at first. Soon, a cat-and-mouse game ensues between the medic and his assailants, with both sides trying to get the upper hand. Finnish filmmaker Renny Harlin is not quite finished! Once upon a time, he was a Hollywood big shot, thanks to blockbusters like DIE HARD 2, CLIFFHANGER, and THE LONG KISS GOODNIGHT. A few years ago, he packed his suitcases and moved to Hong Kong, where he has just finished his third movie. For the leading part of the dynamic action/crime flick BODIES AT REST – or “DIE HARD in the morgue” according to some – he can count on local star Nick Cheung, known for FROM VEGAS TO MACAU 2 and 3 (BIFFF 2017), Johnnie To’s ELECTION, and THE WHITE STORM.