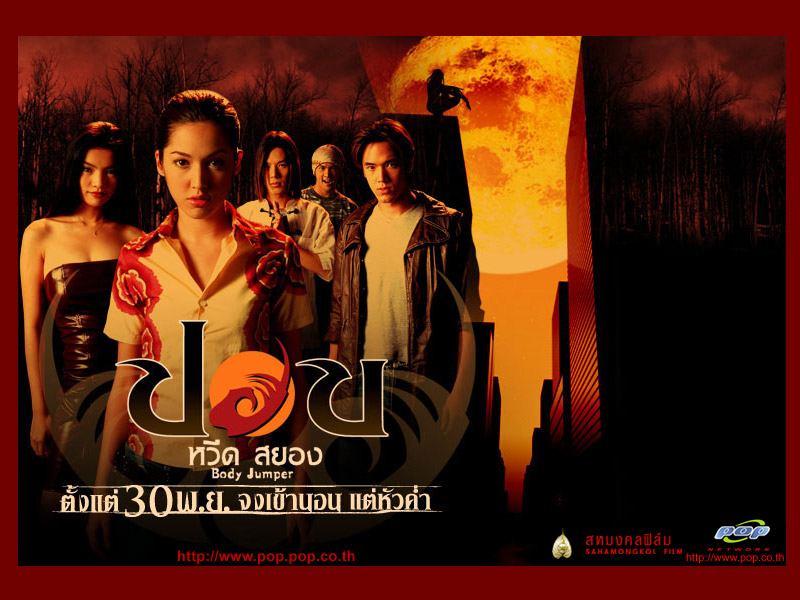 Pop, a liver gorging ghost, haunts the small village of Sam Kott. One by one, the male inhabitants fall prey to Pop’s insatiable appetite. Banding together, the villagers exorcise the ghost, banishing her to the depths of a nearby river in an earthen jar. Some time later, a group of students visit the village to aid in a health development program. During one night of mischief, the gang of friends inadvertently free Pop. The evil spirit possesses pretty Ger and hitches a ride back to Bangkok. Inhabiting Ger’s attractive body, Pop embarks on a wild spree of mayhem, using beauty to lure her victims. After a parade of guys lose their liver to the voracious ghost, the gang eventually become suspicious of Ger’s behaviour. When they discover the horrifying truth, they set out to exorcise Pop once more.

Bodyjumper is an uproarious, irreverent and shamelessly bloody horror comedy from Thailand, a country that is starting to make its mark on world cinema. Mingling adolescent jokes, over the top performances from its youthful and energetic cast and lots of gory effects, Body Jumper is a highly entertaining ride of fun and scares.