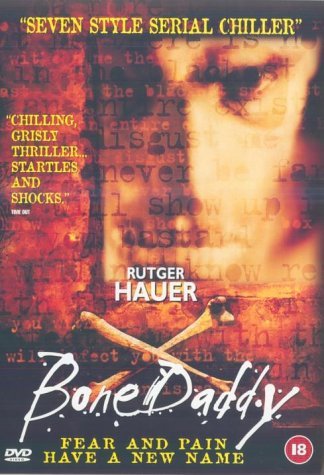 Palmer is a medical examiner turned author. He writes medical-thriller novels, often using his real experiences as a medical examiner for background. On the night that his new book is being presented to the public, Palmer’s agent and friend, Rocky Carlson, doesn’t show up at the party. Palmer is opening gifts when he comes across a beautifully wrapped box that contains a shin bone. The note in the box says, “Here’s your agent.” Palmer is appalled, not only because of the gruesome gift, but also because he was tormented by a killer who used the same modus operandi twelve years earlier. Questioned by the police, Palmer pulls himself together so he can attend a party celebrating his son Peter’s promotion to medical examiner for Seattle. Peter is taking over the job his father once held. At the party, Peter receives an ankle bone in his pile of presents. Palmer must let him know that the terror is starting again. The killer sends bones from his victim to several other people important in Palmer’s life as well as to the newspapers to bring attention to his own sick crimes.
Literally bone-chilling tension in Bone Daddy, a thriller by Mario Azzopardi, who honed his directing skills on several well known fantasy TV-series such as Stargate, The Outer Limits, Sliders and Highlander. Rutger Hauer (Turks Fruit, Blade Runner, The Hitcher) plays retired medical examiner Palmer. He is assisted by Barbara Williams (Watchers, City of Hope, They Come at Night) as Sharon, Joseph Kell (Dinner at Fred’s) as Peter and by R.H. Thomson (Twilight of the Ice Nymphs, The Lotus Eaters), Robin Gammel (Bulworth, Contact, Austin Powers: International Man of Mystery) and Mimi Kuzyk (TV’s Hill Street Blues). The screenplay was written by Thomas Szollosi (The Grimm Brothers’ Snowwhite, Mother and Child, Ivory Mug).